Rebels and Collaborators in Occupied Italy

No other Auschwitz survivor has been as literarily powerful and historically influential as Primo Levi. Yet Levi was not only a victim or a witness. In the fall of 1943, at the very start of the Italian Resistance, he was a fighter, participating in the first attempts to launch guerrilla warfare against occupying Nazi forces. Those three months have been largely overlooked by Levi's biographers; indeed, they went strikingly unmentioned by Levi himself. For the rest of his life he barely acknowledged that autumn in the Alps. But an obscure passage in Levi's The Periodic Table hints that his deportation to Auschwitz was linked directly to an incident from that time: "an ugly secret" that had made him give up the struggle, "extinguishing all will to resist, indeed to live."

What did Levi mean by those dramatic lines? Using extensive archival research, Sergio Luzzatto's groundbreaking Primo Levi's Resistance reconstructs the events of 1943 in vivid detail. Just days before Levi was captured, Luzzatto shows, his group summarily executed two teenagers who had sought to join the partisans, deciding the boys were reckless and couldn't be trusted. The brutal episode has been shrouded in silence, but its repercussions would shape Levi's life.

Combining investigative flair with profound empathy, Primo Levi's Resistance offers startling insight into the origins of the moral complexity that runs through the work of Primo Levi himself. 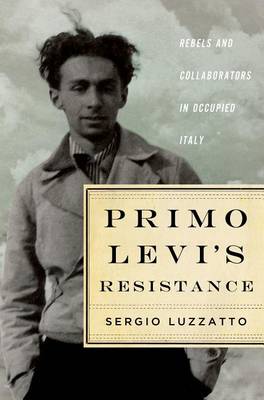 » Have you read this book? We'd like to know what you think about it - write a review about Primo Levi's Resistance book by Sergio Luzzatto and you'll earn 50c in Boomerang Bucks loyalty dollars (you must be a Boomerang Books Account Holder - it's free to sign up and there are great benefits!)

Sergio Luzzatto is the author of Padre Pio: Miracles and Politics in a Secular Age, which won the prestigious Cundill Prize in History, and of The Body of Il Duce: Mussolini's Corpse and the Fortunes of Italy. A professor of history at the University of Turin, Luzzatto is a regular contributor to Il Sole 24 Ore.

A Preview for this title is currently not available.
More Books By Sergio Luzzatto
View All