The Prince And The Pauper

Description - The Prince And The Pauper by Mark Twain

They are the same age. They look alike. In fact, there is but one difference between them- Tom Canty is a child of the London slums; Edward Tudor is heir to the throne of England. Just how insubstantial this difference really is becomes clear when a chance encounter leads to an exchange of roles...with the pauper caught up in the pomp and folly of the royal court, and the prince wandering, horror-stricken, through the lower depths of sixteenth-century English society.

Out of the theme of switched identities, Mark Twain has fashioned both a scathing attack upon social hypocrisy and injustice and an irresistible comedy imbued with the sense of high-spirited play that belongs to his most creative period.

With an Afterword by Everett Emerson

Buy The Prince And The Pauper by Mark Twain from Australia's Online Independent Bookstore, Boomerang Books.

Other Editions - The Prince And The Pauper by Mark Twain 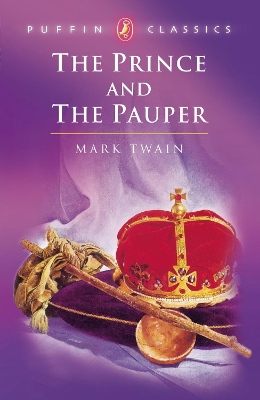 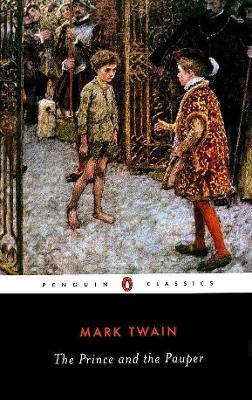 Book Reviews - The Prince And The Pauper by Mark Twain

» Have you read this book? We'd like to know what you think about it - write a review about Prince And The Pauper book by Mark Twain and you'll earn 50c in Boomerang Bucks loyalty dollars (you must be a Boomerang Books Account Holder - it's free to sign up and there are great benefits!)

Mark Twain was born Samuel Langhorne Clemens in Florida, Missouri, in 1835 and died in Redding, Connecticut, in 1910. In his person and in his pursuits, he was a man of extraordinary contrasts. Although he left school at twelve when his father died, he was eventually awarded honorary degrees from Yale University, the University of Missouri, and Oxford University. His career encompassed such varied occupations as printer, Mississippi riverboat pilot, journalist, travel writer, and publisher. He made fortunes from his writing but toward the end of his life he had to resort to lecture tours to pay his debts. He was hot-tempered, profane, and sentimental--and also pessimistic, cynical, and tortured by self-doubt. His nostalgia helped produce some of his best books. He lives in American letters as a great artist, the writer whom William Dean Howells called "the Lincoln of our literature." A graduate of Harvard College, Everett Emerson was an Alumni Distinguished Professor, Emeritus, at the University of North Carolina, Chapel Hill. He was the author or editor of many books, including Mark Twain: A Literary Life. Emerson also taught in Massachusetts, New York, Pennsylvania, Virginia, Florida, Louisiana, and California. He was the founder of the Mark Twain Circle, and for twenty years edited the journal Early American Literature.