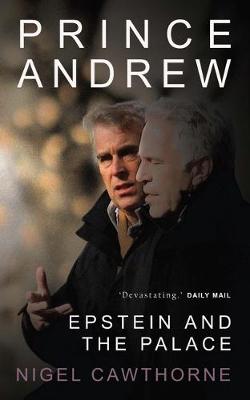 Prince Andrew: Epstein and the Palace

Description - Prince Andrew: Epstein and the Palace by Nigel Cawthorne

Buckingham Palace's greatest fear came true when the FBI arrested Prince Andrew's friend Jeffrey Epstein on charges of under-age sex trafficking. Just before the marriage of Kate and Wills, a snapshot of Andrew with his arm around the naked midriff of the billionaire's most articulate victim had surfaced. Despite sending stringent defamation warnings, the palace had been powerless to prevent headlines on the controversial friendship from moving in its direction like a hurricane. Prince Andrew: Epstein and the Palace investigates the story of the key players and allegations and counter-allegations in this unique, high-stakes royal drama. It provides a gripping and uncommon insight into the hidden privileges enjoyed by global power brokers, royalty and billionaires. Transcending the life of one man, it characterises a whole institution and a way of life - the monarchy as we know it today. Prince Andrew's official involvement with UK trade came to an abrupt end in 2010 when the prince was overheard discussing Saudi bribery and bribery in Kyrgyzstan, arguing that 'people should be allowed to get on with their jobs'. And that was only the beginning of Buckingham Palaces headaches.

» Have you read this book? We'd like to know what you think about it - write a review about Prince Andrew: Epstein and the Palace book by Nigel Cawthorne and you'll earn 50c in Boomerang Bucks loyalty dollars (you must be a Boomerang Books Account Holder - it's free to sign up and there are great benefits!)


A Preview for this title is currently not available.
More Books By Nigel Cawthorne
View All