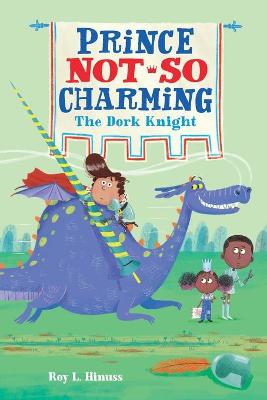 Prince Carlos Charles Charming has a secret: He'd much rather tell jokes than be a prince. But when you're the heir to Faraway Kingdom, you don't always get what you want.

Which is why his father (aka the king) is furious when Carlos does his comedy routine for a crowd of thousands. This is not princely behavior. And that's why Carlos is assigned to learn jousting. Whacking people with pointy sticks is much more appropriate.

Carlos is surprisingly great at jousting, from spearing haystacks to smashing watermelons. But when a tournament rolls around, suddenly Carlos realizes he has to actually point his stick at real opponents.

The third in a hilarious new chapter book series, The Dork Knight shows kids the best way to win a competition can be embracing your own dorkiness.

» Have you read this book? We'd like to know what you think about it - write a review about Prince Not-So Charming: The Dork Knight book by Roy L. Hinuss and you'll earn 50c in Boomerang Bucks loyalty dollars (you must be a Boomerang Books Account Holder - it's free to sign up and there are great benefits!)


A Preview for this title is currently not available.
More Books By Roy L. Hinuss
View All