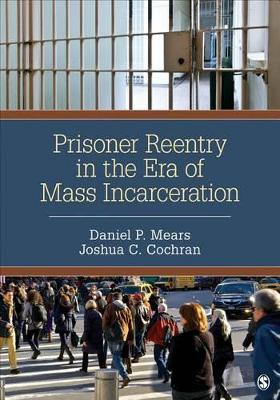 Prisoner Reentry in the Era of Mass Incarceration

Description - Prisoner Reentry in the Era of Mass Incarceration by Daniel P. Mears

Renowned authors Daniel P. Mears and Joshua C. Cochran investigate historical trends in incarceration and punishment policy, the salience of in-prison and post-prison contexts and experiences for reentry, and the importance of understanding group differences in offending, punishment, and social context. Using extensive reliance on both theory and empirical research, the authors identify how reentry reflects criminal justice policy in America and, at the same time, has profound implications for crime prevention and justice. Readers will develop a diverse foundation for current policies, identify the implications of reentry for families, community, and society at large, and gain a conceptual and empirical toolkit for analyzing and improving the lives of those released from prison.

» Have you read this book? We'd like to know what you think about it - write a review about Prisoner Reentry in the Era of Mass Incarceration book by Daniel P. Mears and you'll earn 50c in Boomerang Bucks loyalty dollars (you must be a Boomerang Books Account Holder - it's free to sign up and there are great benefits!)

Daniel P. Mears is the Mark C. Stafford Professor of Criminology in the Florida State University College of Criminology and Criminal Justice. He conducts research on crime causation and social programs and policies, focusing on juvenile and criminal justice and crime prevention and intervention strategies. As a Principal Investigator or lead researcher, he has conducted studies funded by such federal agencies as the National Council on Disability, National Institute of Justice, National Institute on Drug Abuse, and the Office of Juvenile Justice and Delinquency Prevention, and state agencies. His views have been covered in media outlets, including ABC News, Boston Globe, Dallas Morning News, Los Angeles Times, The New York Times, USA Today, and Washington Post, among others. His research has consistently appeared in top-tier journals in the field. He is the author of American Criminal Justice Policy (Cambridge University Press), which received the Academy of Criminal Justice Sciences' Outstanding Book Award. Dr. Joshua C. Cochran is an Assistant Professor at the University of South Florida's Department of Criminology. His research focuses on prison experiences, prisoner reentry, and inequalities that emerge within these areas. He has collaborated with Dr. Mears on a range of studies, including recently two chapters on prisons and prisoner reentry, one for an edited volume published by Springer and the other for an edited volume to be published by Oxford University Press. Recently, he was awarded the American Society of Criminology's Division on Corrections and Sentencing Dissertation Award for his Ph.D. thesis focused on incarceration and the implications of inmate social ties. His recent work has appeared in leading criminology journals including Criminology, Journal of Research in Crime and Delinquency, Journal of Quantitative Criminology, and Justice Quarterly. 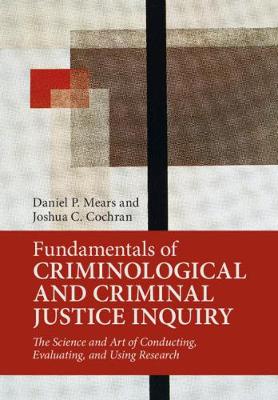 Fundamentals of Criminological and Criminal Justice Inquiry: The Science and Art of Conducting, Evaluating, and Using Research
Hardback, February 2019
$188.06 $208.95 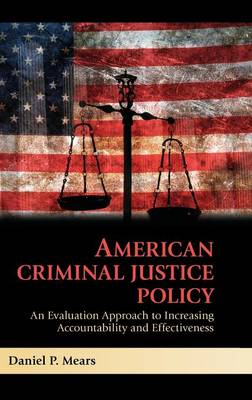 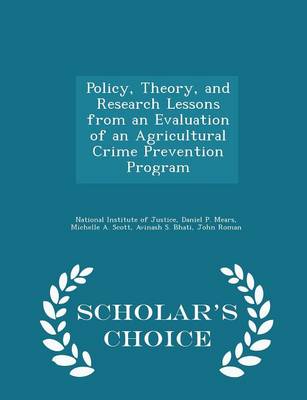