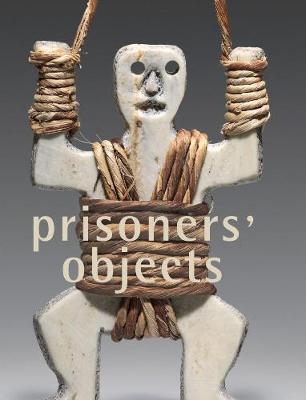 The International Red Cross and Red Crescent Museum houses an extraordinary collection of 'prisoners' objects'. These were made by prison inmates and presented to the ICRC delegates who visited them, as provided for by the Geneva Conventions. For over a century, these objects have borne mute witness to the numerous violent episodes that continue to ravage our planet, from Chile, Vietnam, Algeria and Yugoslavia, to Rwanda and Afghanistan. Made from simple materials - whatever comes to hand in a prison - these objects express the need to escape the world of the jailbird. As a Lebanese inmate puts it, 'Creating is a way of acquiring freedom of expression, it gives us a means to say what we think while everything we see around urges us to keep quiet and to forget who we are.' While some of these works touch us through their simplicity, others astonish us with their beauty or ingeniousness. Each bears the imprint of a personal story loaded with emotion, inviting us on a journey through time and collective history. AUTHORS: Roger Mayou, director of the International Red Cross and Red Crescent Museum, was curator of the nineteenth and twentieth-century departments at the Musee d'art et d'histoire de Fribourg (CH) and artistic adviser at the UBS, in charge of the art collections and commissions and cultural sponsorship in French-speaking Switzerland. Dr Paul Bouvier has been a medical adviser at the International Committee of the Red Cross since 2007, and a lecturer at the Institute of Global Health at Geneva University. He worked with the ICRC during the 1980s regarding people either displaced or being detained in Africa and Central America. He is the director of the reference group on ethics in the practice of humanitarian work at the ICRC. Martin Rueff is a professor at Geneva University. A poet, translator and philosopher, he is a specialist of Rousseau and of moral anthropology in the classics, as well as the editor of the works of Claude Levi-Strauss and Michel Foucault for Pleiade. He spent three years teaching in La Sante prison in Paris and for two years has presented a programme of creative writing at Curabilis, Geneva. Isabelle Schulte-Tenkhoff has been professor of Anthropology at the Institut de hautes etudes internationales et du developpement (IHEID) in Geneva since 2003. 100 colour images

» Have you read this book? We'd like to know what you think about it - write a review about Prisoners' Objects - Collection of the International Red Cross and Red Crescent Museum book by Roger Mayou and you'll earn 50c in Boomerang Bucks loyalty dollars (you must be a Boomerang Books Account Holder - it's free to sign up and there are great benefits!)

Roger Mayou is director of the International Red Cross and Red Crescent Museum. Dr.Paul Bouvier is a medical adviser to the ICRC. Isabelle Schulte-Tenckhoff is a professor of anthropology in Geneva. Martin Rueff spent three years teaching in La Sante Prison in Paris.