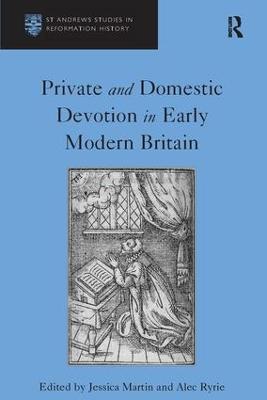 Scholars increasingly recognise that understanding the history of religion means understanding worship and devotion as well as doctrines and polemics. Early modern Christianity consisted of its lived experience. This collection and its companion volume (Worship and the Parish Church in Early Modern Britain, ed. Natalie Mears and Alec Ryrie) bring together an interdisciplinary range of scholars to discuss what that lived experience comprised, and what it meant. Private and domestic devotion - how early modern men and women practised their religion when they were not in church - is a vital and largely hidden subject. Here, historical, literary and theological scholars examine piety of conformist, non-conformist and Catholic early modern Christians, in a range of private and domestic settings, in both England and Scotland. The subjects under analysis include Bible-reading, the composition of prayers, the use of the psalms, the use of physical props for prayers, the pious interpretation of dreams, and the troubling question of what counted as religious solitude. The collection as a whole broadens and deepens our understanding of the patterns of early modern devotion, and of their meanings for early modern culture as a whole. 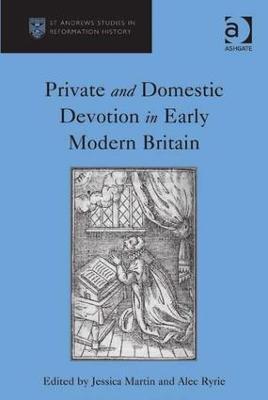 » Have you read this book? We'd like to know what you think about it - write a review about Private and Domestic Devotion in Early Modern Britain book by Alec Ryrie and you'll earn 50c in Boomerang Bucks loyalty dollars (you must be a Boomerang Books Account Holder - it's free to sign up and there are great benefits!)

Jessica Martin is priest-in-charge of the Cambridgeshire parishes of Duxford, Hinxton and Ickleton, and a former Fellow in English at Trinity College, Cambridge. Alec Ryrie is Professor of the History of Christianity at Durham University