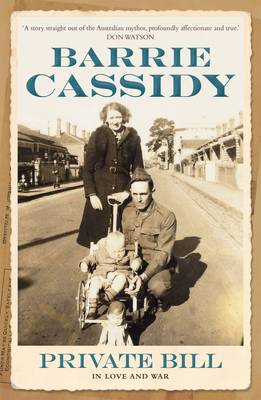 Barrie Cassidy's dad Bill survived more than four years as a prisoner of war in World War II. He first saw conflict on Crete in May 1941, during the only large-scale parachute invasion in wartime history. Just four days later, Bill was wounded and eventually captured.
Twice he tried to escape his internment-with horrific consequences. He suffered greatly but found courageous support from his fellow prisoners.
His new wife Myra and his large family thought he was dead until news of his capture finally reached them.
Back home, Myra too was a prisoner of sorts, with her own secrets. Then, fifty years after the war, unhealed wounds unexpectedly opened for Bill and Myra, testing them once again.
Private Bill is a classic heart-warming story-as told by their son-of how a loving couple prevailed over the adversities of war to live an extraordinarily ordinary, happy life. 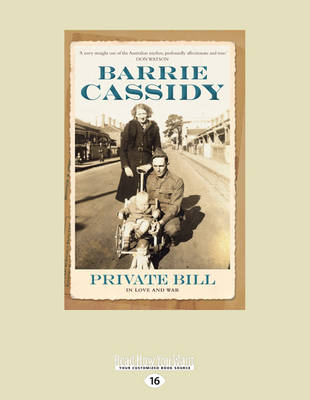 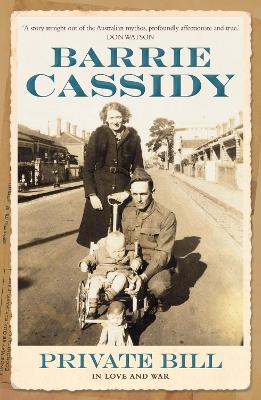 » Have you read this book? We'd like to know what you think about it - write a review about Private Bill book by Barrie Cassidy and you'll earn 50c in Boomerang Bucks loyalty dollars (you must be a Boomerang Books Account Holder - it's free to sign up and there are great benefits!)

Barrie Cassidy started out in journalism as a cadet reporter with the Border Mail in Albury. In the 47 years since, he has been a court reporter and police roundsman, a political correspondent, program host, newsreader, radio broadcaster and foreign correspondent. He has worked for the Shepparton News, the Melbourne Herald, the ABC, the Australian and Network Ten, as well as in Washington and Brussels. For the past 13 years he has been host of the ABC s highly respected political discussion program Insiders, and until recently, host of the sports equivalent, Offsiders. In the late 1980s and early 1990s, he was senior press secretary to Prime Minister Bob Hawke and then ultimately his political adviser. Private Bill is his third book. The Party Thieves, a bestseller that traced the rapid demise of Kevin Rudd, was published after the 2007 election. An Ocean of Cricket was written with his son Adam, and captured in words and stunning photographs the emergence of cricket in the South Pacific.