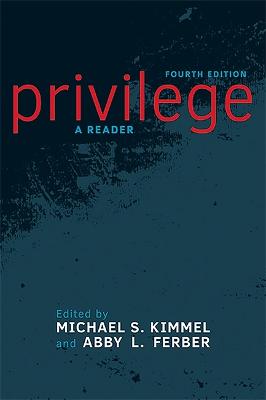 Privilege is about more than being white, wealthy, and male,as Michael Kimmel, Abby Ferber, and a range of contributors make clear in this timely anthology. In an era when diversity" is too often shorthand for of colour" and/or female," the personal and analytical essays in this collection explore the multifaceted nature of social location and consider how gender, class, race, sexual orientation, (dis)ability, and religion interact to create nuanced layers of privilege and oppression. The individual essays,taken together,guide students to a deep understanding of the dynamics of diversity and stratification, advantage, and power.The fourth edition features thirteen new essays that help students understand the intersectional nature of privilege and oppression and has new introductory essays to contextualize the readings. These enhancements, plus the updated pedagogical features of discussion questions and activities at the end of each section, encourage students to examine their own beliefs, practices, and social location. 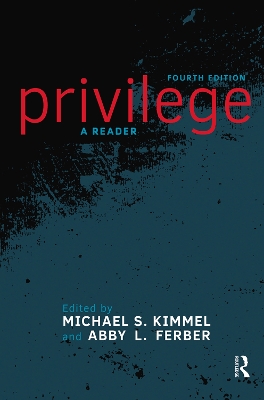 » Have you read this book? We'd like to know what you think about it - write a review about Privilege book by Michael S. Kimmel and you'll earn 50c in Boomerang Bucks loyalty dollars (you must be a Boomerang Books Account Holder - it's free to sign up and there are great benefits!)

Michael S. Kimmel is Distinguished Professor of Sociology and Gender Studies at Stony Brook University where he directs the centre for the Study of Men and Masculinities. He is the author of Guyland: The Perilous World Where Boys Become Men (2008) and Angry White Men (2014). His other books include Changing Men (1987), Men's Lives (8th edition, 2009) Against the Tide: Profeminist Men in the United States, 1776-1990 (1992), The Politics of Manhood (1996), Manhood: A Cultural History, and The Gendered Society. He co-edited The encyclopaedia on Men and Masculinities (2004) and Handbook of Studies on Men and Masculinities (2004). He is the founder and editor of Men and Masculinities, the field's premier scholarly journal, a book series on Gender and Sexuality at New York University Press, and edited the Sage Series on Men and Masculinities. He lectures extensively in corporations and on campuses in the U.S. and abroad. He lives in Brooklyn, New York with his wife and co-author, Amy Aronson and their son, Zachary. Abby L. Ferber is Professor of Sociology and Women's and Ethnic Studies, and associate Director of the Matrix centre for the Advancement of Social Equity and Inclusion at the University of Colorado, Colorado Springs. Her many authored, coauthored, and edited books include White Man Falling: Race, Gender, and White Supremacy, Hate Crime in America: What Do We Know? and The New Basics: Sex, Gender and Sexuality. She is also co-organizer of the national White Privilege Conference and the Knapsack Institute, and editor of the online open access journal Understanding and Dismantling Privilege.

A Preview for this title is currently not available.
More Books By Michael S. Kimmel
View All