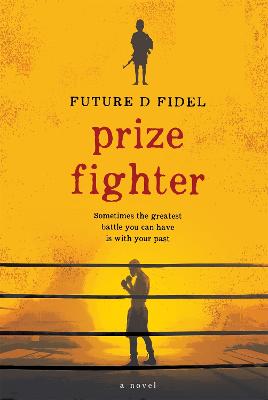 Isa Alaki is not from here. At ten years old, Isa's life in the Congolese city of Bukavu changed forever. The streets were burning. The town was mostly silent, like a ghost town, until the yelling started. At school, Isa knows he has to get home. The soldiers would be looking for his father. The sound of gunfire, the sharp smell of blood and the screams of his sister still echo in his head.Back then, he had a choice to make. Death or a gun. He picked up the gun and became a child soldier, forced to fight for the same forces that massacred his family.After years of horror, Isa escaped, and he is given a chance of freedom when he travels to Australia. He brings with him papers that grant him refugee status, the hope that he can find his brother, Moise, and the scars of a brutal war. Here, the fighting skills Moise taught him when he was a boy see Isa become a talented young boxer. He spends his days punching away the past, punching away the demons in his mind, literally trying to punch his way to a better life. His powerful left hook promises much, but the demons he is wrestling with have a power all their own. The question for Isa is ... will the past ever let him free? A moving debut novel that packs an emotional punch based on the critically acclaimed play by Future D. Fidel.'Prize Fighter is a gripping read, as compelling as it is confronting. It is a testament to Fidel's craft and to the power of the human spirit.' - Books+Publishing'Prize Fighter is a powerful and compellingly written story that operates with little adornment. It doesn't need it. More than once I felt like I had been punched in the guts - and it's been a while since a book made me sob.' Weekend Australian 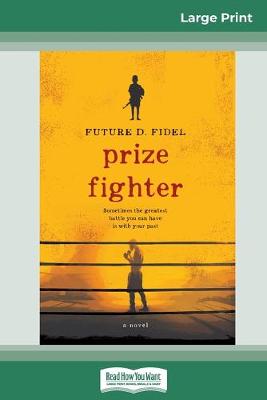 » Have you read this book? We'd like to know what you think about it - write a review about Prize Fighter book by Future D. Fidel and you'll earn 50c in Boomerang Bucks loyalty dollars (you must be a Boomerang Books Account Holder - it's free to sign up and there are great benefits!)

Future D. Fidel, 28, was born in Uvira in the Democratic Republic of the Congo. After the death of the president Mobutu, the country descended into lawlessness that claimed the lives of Future's parents. He was separated from his siblings and, when civil war struck in 1996, forced to flee as an orphan stowaway to Tanzania. He tried desperately to trace his surviving family; he was finally reunited with his sister six years later. Future spent eight years in a camp before being accepted as a refugee in Australia, where he now lives with his brother, sister and nephews. Future is active in arts in Queensland, forming the Fimbo Boys in 2007 that performed African modern dance and music at various events, supporting young people from Refugee backgrounds. He also started projects working on making cultural films. He started working at La Boite Theatre Company as a playwright in residence from 2013 to 2015. Future's debut play Prize Fighter was featured in the Brisbane Festival as a Co-Production with La Boite Theatre Company in 2015, after the production of I am here, an MDA production that was co-produced by Queensland Theatre Company in the Billie Brown Studio in 2012 and Brisbane's Powerhouse prior to that. As his big achievement, his debut work Prize Fighter was one of the main events in the Roundhouse Theatre at La Boite Theatre Company. Not only a playwright, Future is also an Electrical Engineer after securing his Bachelor degree from Griffith University, as well as a Gospel artist.

A Preview for this title is currently not available.
More Books By Future D. Fidel
View All