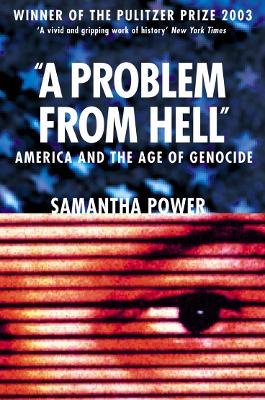 A Problem from Hell

America and the Age of Genocide

Description - A Problem from Hell by Samantha Power

Winner of the Pulitzer Prize for Non-fiction 2003

A shattering history of the last hundred years of genocidal war that itemises in authoritative, persuasive manner exactly what the West knew and when, and what it chose to do, and what not to do, with that knowledge.

Winner of the US National Book Critics Circle Award

'The United States has never in its history intervened to stop genocide and has in fact rarely even made a point of condemning it as it occurred.'

In this convincing and definitive interrogation of the last century of American history and foreign policy, Samantha Power draws upon declassified documents, private papers, unprecedented interviews and her own reporting from the modern killing fields to tell the story of American indifference and American courage in the face of man's inhumanity to man.

Tackling the argument that successive US leaders were unaware of genocidal horrors as they were occurring - against Armenians, Jews, Cambodians, Kurds, Rwandans, Bosnians - Samantha Power seeks to establish precisely how much was known and when, and claims that much human misery and tragedy could readily have been averted. It is clear that the failure to intervene was usually caused not by ignorance or impotence, but by considered political inaction. Several heroic figures did work to oppose and expose ethnic cleansing as it took place, but the majority of American politicians chose always to do nothing, as did the American public: Power notes that 'no US president has ever suffered politically for his indifference to its occurrence. It is thus no coincidence that genocide rages on.' This riveting book makes a powerful case for why America, as both sole superpower and global citizen, must make such indifference a thing of the past.


Other Editions - A Problem from Hell by Samantha Power 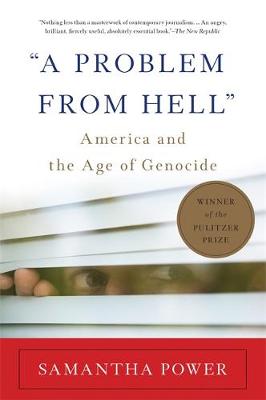 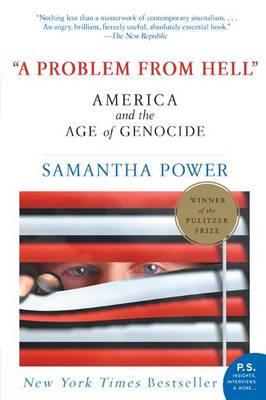 Book Reviews - A Problem from Hell by Samantha Power

» Have you read this book? We'd like to know what you think about it - write a review about Problem from Hell book by Samantha Power and you'll earn 50c in Boomerang Bucks loyalty dollars (you must be a Boomerang Books Account Holder - it's free to sign up and there are great benefits!)

Samantha Power founded the Carr Center for Human Rights Policy at Harvard University, and is now a faculty affiliate. From 1993 to 1996 she covered the wars in Yugoslavia as a reporter for US News and the Economist. A native of Ireland, she moved to the US in 1979 at the age of nine, and graduated from Yale University and Harvard Law School.

A Preview for this title is currently not available.
More Books By Samantha Power
View All