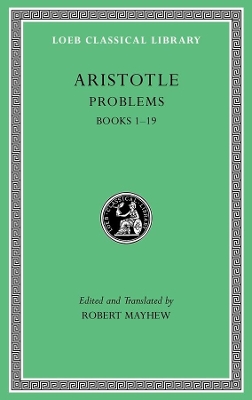 Aristotle of Stagirus (384?322 BCE), the great Greek philosopher, researcher, logician, and scholar, studied with Plato at Athens and taught in the Academy (367?347). Subsequently he spent three years in Asia Minor at the court of his former pupil Hermeias, where he married Pythias, one of Hermeias' relations. After some time at Mitylene, he was appointed in 343/2 by King Philip of Macedon to be tutor of his teen-aged son Alexander. After Philip's death in 336, Aristotle became head of his own school (of ?Peripatetics?), the Lyceum at Athens. Because of anti-Macedonian feeling there after Alexander's death in 323, he withdrew to Chalcis in Euboea, where he died the following year.

Problems, the third-longest work in the Aristotelian corpus, contains thirty-eight books covering more than 900 problems about living things, meteorology, ethical and intellectual virtues, parts of the human body, and miscellaneous questions. Although Problems is an accretion of multiple authorship over several centuries, it offers a fascinating technical view of Peripatetic method and thought. Rhetoric to Alexander, which provides practical advice to orators, was likely composed during the period of Aristotle's tutorship of Alexander, perhaps by Anaximenes, another of Alexander's tutors. Both Problems and Rhetoric to Alexander replace the earlier Loeb edition by Hett and Rackham, with texts and translations incorporating the latest scholarship.

Other Editions - Problems by Aristotle 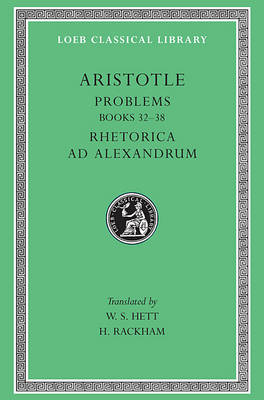 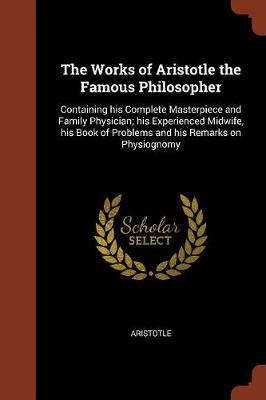 » Have you read this book? We'd like to know what you think about it - write a review about Problems book by Aristotle and you'll earn 50c in Boomerang Bucks loyalty dollars (you must be a Boomerang Books Account Holder - it's free to sign up and there are great benefits!)