From master storyteller Jeffrey Archer, The Prodigal Daughter is the enthralling sequel to the global phenomenon Kane and Abel, described by The Times as a 'classic novel of modern literature'.

Hers was the ultimate ambition . . .

The Prodigal Daughter is the magnificent story of love and politics that continues the saga Jeffrey Archer began with Kane and Abel.

The titanic battle between two men obsessed with destroying each other follows on to the next generation. Florentyna Rosnovski, Abel's daughter, inherits all of her father's drive, but none of his wealth.

A woman gifted with beauty and spirit, but above all with indomitable will, she sets out in pursuit of an ambition that dwarfs both Kane and Abel, as she battles for the highest office of all . . .

Other Editions - The Prodigal Daughter by Jeffrey Archer 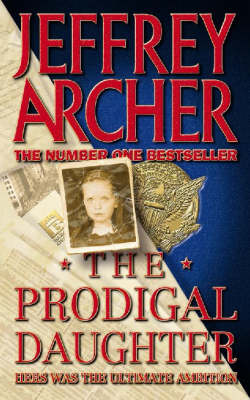 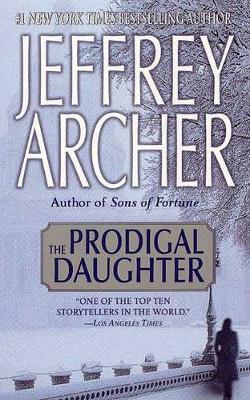 » Have you read this book? We'd like to know what you think about it - write a review about Prodigal Daughter book by Jeffrey Archer and you'll earn 50c in Boomerang Bucks loyalty dollars (you must be a Boomerang Books Account Holder - it's free to sign up and there are great benefits!)

Jeffrey Archer, whose novels and short stories include Kane and Abel, A Prisoner of Birth and Cat O' Nine Tales, has topped the bestseller lists around the world, with sales of over 275 million copies. He is the only author ever to have been a number one bestseller in fiction, short stories and non-fiction (The Prison Diaries). The author is married to Dame Mary Archer, and they have two sons, two grandsons and a granddaughter.

A Preview for this title is currently not available.
More Books By Jeffrey Archer
View All

Memories and Musings of a Post-Postmodern Nomadic Mystic Madman
$31.70 $35.22