During his first tour in Vietnam 1967-68 Dick Taylor was a well-trained and highly motivated amateur assigned to advise a hard-bitten ARVN infantry battalion working in the mud and streams of IV Corps. He became savvy in a hurry and found that he was both brave and resourceful. He barely survived Tet 1968, then served on an advisory team staff. For the next two years, Taylor earned a Ranger tab, served on a division staff, and schooled on. He met a woman, and married her days before he returned to Vietnam. Taylor's second tour 1970-71 was altogether different. He immediately assumed command of Bravo Company, 1/7 Cav, and excelled as a commander and a leader. He was aggressive in the field, confident in his command, and assertive with his superiors. He fought a good war, a successful war, and when he was forced to take a staff job it was as his battalion's intelligence officer. But the war was winding down, its purpose lost. Taylor's spirit's flagged, but not his fidelity. This well-written combat memoir is heartfelt, earnest, honest, and just a little melancholy. AUTHOR: Colonel Richard Taylor was an original member of the first modern Ranger battalion. He also commanded an infantry training battalion, served with the 82nd Airborne, directed an academic department at the Army's staff college and provided military advice to NATO during the break up of the Warsaw Pact. SELLING POINTS: Important memoir by original member of the Rangers, told from the frontlines of Vietnam 16 page photo section

Other Editions - Prodigals by Richard Taylor 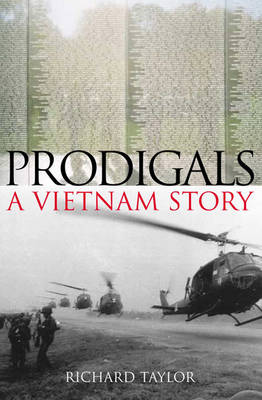 » Have you read this book? We'd like to know what you think about it - write a review about Prodigals book by Richard Taylor and you'll earn 50c in Boomerang Bucks loyalty dollars (you must be a Boomerang Books Account Holder - it's free to sign up and there are great benefits!)

Richard Taylor is an expert on the American Revolution and is the author of a number of studies on the subject. 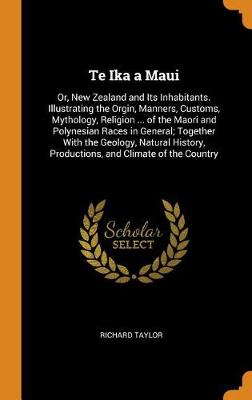 Te Ika a Maui: Or, New Zealand and Its Inhabitants. Illustrating the Orgin, Manners, Customs, Mythology, Religion ... of the Maori and Polynesian Races in General; Together with the Geology, Natural History, Productions, and Climate of the Country
Hardback, October 2018
$125.52 $139.47
View All Books By Author Richard Taylor