Newly promoted Detective Chief Inspector Kathy Kolla investigates a series of brutal murders on Hampstead Heath. Under intense pressure to find answers, she arrests the unlikely figure of Charles Pettigrew, a failing London publisher who lives alone on the edge of the Heath.

Pettigrew's lawyer calls on recently retired David Brock for advice, and soon, unable to resist the pull of investigation, the old colleagues, Brock and Kolla, are at loggerheads.

At the heart of the gripping mystery of the Hampstead murders lies a manuscript of an unknown novel by one of the greatest literary figures of the twentieth century. Brock believes that its story will unlock the puzzle, but how? 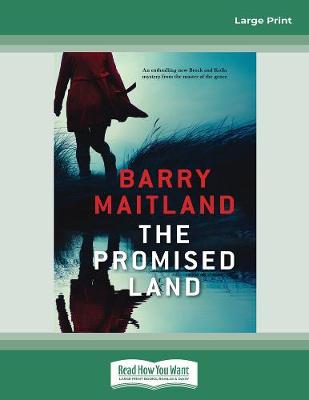 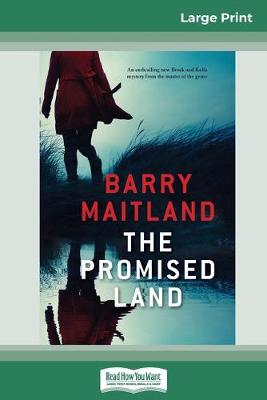 » Have you read this book? We'd like to know what you think about it - write a review about Promised Land book by Barry Maitland and you'll earn 50c in Boomerang Bucks loyalty dollars (you must be a Boomerang Books Account Holder - it's free to sign up and there are great benefits!)

“Brock taught me that sometimes we pursue a wrong idea because we simply can’t bear to dump all we’ve invested in it. He said a good detective knows when it has to be done.”

The Promised Land is the thirteenth book in the Brock and Kolla series by Scots-born Australian author, architect and urban design expert, Barry Maitland. A brutal murder at a Hampstead Heath pond is followed by one almost identical just days later. Newly-promoted DCI Kathy Kolla is under pressure to get results, especially as the second victim had some high-power connections. When a third, unidentified victim is discovered in the home of the owner of a moribund minor publisher, both MO and trace evidence link the man to the second killing, and Kathy Kolla is sure she has her murderer.

Mild-mannered Charles Pettigrew, steadfastly maintaining his innocence, seems an unlikely serial killer, and his barrister contacts now-retired ex-DCI David Brock for his opinion of the accused. She believes that Pettigrew dissociated under emotional stress and therefore has no memory of his crimes. But when he listens to Pettigrew’s story, a bizarre tale involving a never-published George Orwell manuscript, Brock’s not entirely convinced of the man’s guilt, and is unable to resist making further enquiries, albeit without the power of a DCI warrant card in his wallet.

This instalment of Brock and Kolla has a brilliant plot with plenty of twists, a few jaw-dropping surprises and some clever misdirection, both for Kathy Kolla and for the reader. Maitland’s characters are realistically flawed, adding to their appeal, and his main protagonists have integrity and intelligence. Several mentions are made of earlier cases, but the potential for spoilers is, even for first-time Brock and Kolla readers, unlikely to deter them from seeking out Maitland’s excellent backlist. Exceptional crime fiction. This unbiased review is from an uncorrected proof copy provided by Allen & Unwin.


A Preview for this title is currently not available.
More Books By Barry Maitland
View All