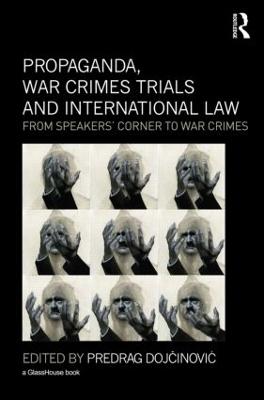 From Speakers' Corner to War Crimes

Propaganda, War Crimes Trials and International Law addresses the emerging jurisprudence and international law concerning propaganda in war crimes investigations and trials. The role of propaganda in the perpetration of atrocities has emerged as a central theme in the war crimes trials in the past century. The Nuremburg trials initially, and the International Criminal Tribunal for the former Yugoslavia and the International Criminal Tribunal for Rwanda currently, have all substantially contributed to the development of international law in this respect. Investigating and exploring the areas between lawful and unlawful propaganda, they have dealt with specific mechanisms and consequences of the phenomenon within the perspective and framework of their international legal mandates. But the cultural codes and argots through which propaganda operates have vexed international courts struggling to assign responsibility to the instigators of mass crimes, as subtle, but potentially fatal, communications often remain undetected, misinterpreted or even dismissed as entirely irrelevant. With contributions from leading international scholars and legal practioners, Propaganda, War Crimes Trials and International Law pursues a comparative approach to this problem: providing an overview of the current state of the theory of propaganda in the social sciences; exploring this theory in the legal analysis of war crimes and related proceedings; and, finally, offering a study of the prosecution of propaganda-related crimes in international law, and the newly emerging jurisprudence of war crimes propaganda cases. 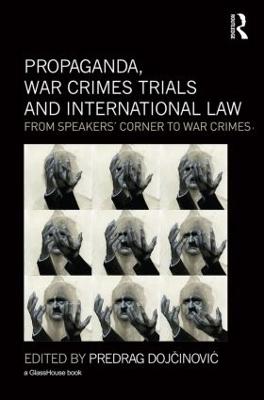 » Have you read this book? We'd like to know what you think about it - write a review about Propaganda, War Crimes Trials and International Law book by Predrag Dojcinovic and you'll earn 50c in Boomerang Bucks loyalty dollars (you must be a Boomerang Books Account Holder - it's free to sign up and there are great benefits!)

Predrag Dojcinovic has worked as an editor of academic and non-academic journals, professional reviewer and lecturer. He has authored numerous articles and has edited several volumes on the cultural and political aspects of the 1991-99 series of armed conflicts in the former Yugoslavia. Since 1998, Dojcinovic has been working in the linguistic, analytical and research section of the Office of the Prosecutor (OTP) at the International Criminal Tribunal for the Former Yugoslavia (ICTY).

A Preview for this title is currently not available.
More Books By Predrag Dojcinovic
View All

Propaganda and International Criminal Law: From Cognition to Criminality
$249.48 $252.00