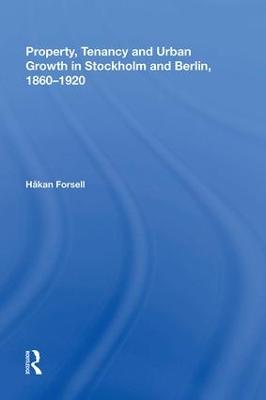 Property, Tenancy and Urban Growth in Stockholm and Berlin, 1860ï¿½920

From the middle of the nineteenth century, most European cities experienced a period of unrivalled growth and development that forever changed not only their physical characteristics, but also their social foundations. As the great industrial cites were forced to face the new and unprecedented challenges of rapid urbanisation and increased population, they had to rethink many of the concepts on which previous city institutions had been based. One of the most fundamental of these was the role of house ownership, and the rights and responsibilities it offered. Exploring the social and political meanings attributed to property - specifically home ownership - this study looks at how these changed during the course of the modern city building process between 1860 and 1920. Focussing on two northern European capital cities, Berlin and Stockholm, it provides a symmetrical investigation that helps illuminate the competing factors that shaped the shifting nature of cityscapes and urban social structures.

» Have you read this book? We'd like to know what you think about it - write a review about Property, Tenancy and Urban Growth in Stockholm and Berlin, 1860ï¿½920 book by Hakan Forsell and you'll earn 50c in Boomerang Bucks loyalty dollars (you must be a Boomerang Books Account Holder - it's free to sign up and there are great benefits!)


A Preview for this title is currently not available.
More Books By Hakan Forsell
View All