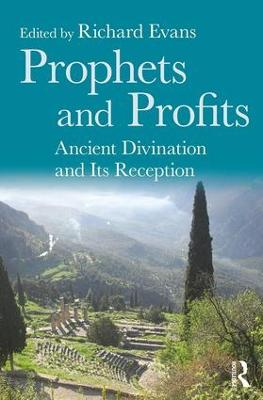 Ancient Divination and Its Reception

This volume examines the ways in which divination, often through oracular utterances and other mechanisms, linked mortals with the gods, and places the practice within the ancient sociopolitical and religious environment. Whether humans sought knowledge by applying to an oracle through which the god was believed to speak or used soothsayers who interpreted specific signs such as the flight of birds, there was a fundamental desire to know the will of the gods. In many cases, pragmatic concerns - personal, economic or political - can be deduced from the context of the application.

Divination and communication with the gods in a post-pagan world has also produced fascinating receptions. The presentation of these processes in monotheistic societies such as early Christian Late Antiquity (where the practice continued through the use of curse tablets) or medieval Europe, and beyond, where the role of religion had changed radically, provides a particular challenge and this topic has been little discussed by scholars. This volume aims to rectify this desideratum by providing the opportunity to address questions related to the reception of Greco-Roman divination, oracles and prophecy, in all media, including literature and film.

Several contributions in this volume originated in the 2015 Classics Colloquium held at the University of South Africa and the volume has been augmented with additional contributions.

» Have you read this book? We'd like to know what you think about it - write a review about Prophets and Profits book by Richard Evans and you'll earn 50c in Boomerang Bucks loyalty dollars (you must be a Boomerang Books Account Holder - it's free to sign up and there are great benefits!)

Richard Evans has taught at the Universities of South Africa and Cardiff. His research has focused on the political and military history of Greece and Rome, and the ancient topography of Sicily and Magna Graecia. He is currently an Honorary Research Fellow in the Department of Biblical and Ancient Studies at the University of South Africa.

The KILL BILL: Euthanasia, a Black Pope and Politics collide in this intense thriller
$37.62 $41.80