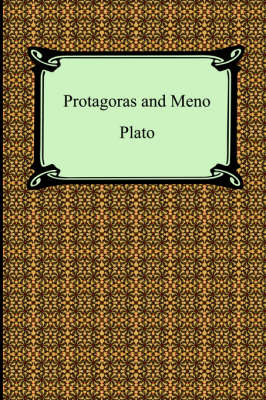 Description - Protagoras and Meno by Plato

Contained in this volume are two works by the great ancient Greek philosopher Plato. The "Protagoras," like several of the Dialogues of Plato, is put into the mouth of Socrates, who describes a conversation which had taken place between himself and the great Sophist at the house of Callias-'the man who had spent more upon the Sophists than all the rest of the world'-and in which the learned Hippias and the grammarian Prodicus had also shared, as well as Alcibiades and Critias, both of whom said a few words-in the presence of a distinguished company consisting of disciples of Protagoras and of leading Athenians belonging to the Socratic circle. The dialogue commences with a request on the part of Hippocrates that Socrates would introduce him to the celebrated teacher. He has come before the dawn had risen-so fervid is his zeal. Socrates moderates his excitement and advises him to find out 'what Protagoras will make of him, ' before he becomes his pupil. The "Meno" begins abruptly with a question of Meno, who asks, 'whether virtue can be taught.' Socrates replies that he does not as yet know what virtue is, and has never known anyone who did. 'Then he cannot have met Gorgias when he was at Athens.' Yes, Socrates had met him, but he has a bad memory, and has forgotten what Gorgias said. Will Meno tell him his own notion, which is probably not very different from that of Gorgias? 'O yes-nothing easier: there is the virtue of a man, of a woman, of an old man, and of a child; there is a virtue of every age and state of life, all of which may be easily described.' Here is presented the classic introductions and translations of Benjamin Jowett.

Other Editions - Protagoras and Meno by Plato 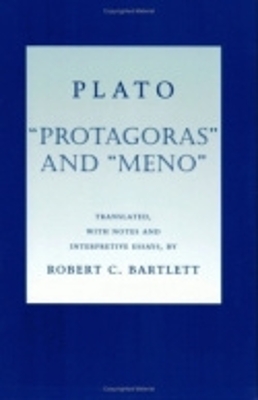 » Have you read this book? We'd like to know what you think about it - write a review about Protagoras and Meno book by Plato and you'll earn 50c in Boomerang Bucks loyalty dollars (you must be a Boomerang Books Account Holder - it's free to sign up and there are great benefits!)