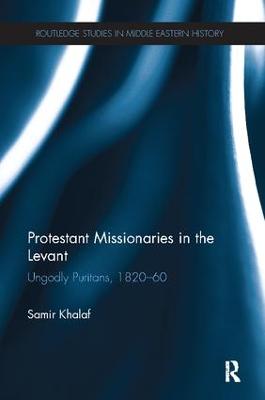 Protestant Missionaries in the Levant

Description - Protestant Missionaries in the Levant by Samir Khalaf

Through focusing on the unintended by-products of New England Puritanism as a cultural transplant in the Levant, this book explores the socio-historical forces which account for the failure of early envoys' attempts to convert the 'native,' population. Early failure in conversion led to later success in reinventing themselves as agents of secular and liberal education, welfare, and popular culture. Through making special efforts not to debase local culture, the missionaries' work resulted in large sections of society becoming protestantized without being evangelized.

An invaluable resource for postgraduates and those undertaking postdoctoral research, this book explores a seminal but overlooked interlude in the encounters between American Protestantism and the Levant. Using data from previously unexplored personal narrative accounts, Khalaf dates the emergence of the puritanical imagination, sparked by sentiments of American exceptionalism, voluntarism and "soft power" to at least a century before commonly assumed.

Other Editions - Protestant Missionaries in the Levant by Samir Khalaf 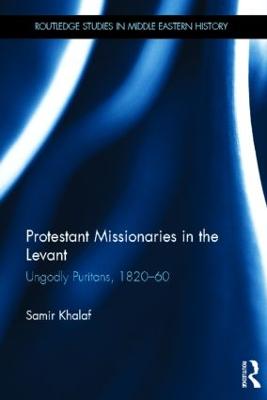 Book Reviews - Protestant Missionaries in the Levant by Samir Khalaf

» Have you read this book? We'd like to know what you think about it - write a review about Protestant Missionaries in the Levant book by Samir Khalaf and you'll earn 50c in Boomerang Bucks loyalty dollars (you must be a Boomerang Books Account Holder - it's free to sign up and there are great benefits!)

Samir Khalaf is Professor of Sociology at the American University of Beirut, Lebanon. He has held academic appointments at Princeton, Harvard, MIT and New York University. Among his books are Lebanon Adrift, Sexuality in the Arab World (with John Gagnon), The Heart of Beirut, Civil and Uncivil Violence in Lebanon, Cultural Resistance, and Lebanon's Predicament. He has been a recipient of several international fellowships and research awards, a trustee of numerous foundations and serves on the editorial boards of a score of international journals and publications.

A Preview for this title is currently not available.
More Books By Samir Khalaf
View All

Civil and Uncivil Violence in Lebanon: A History of the Internationalization of Communal Conflict
$156.56 $173.95