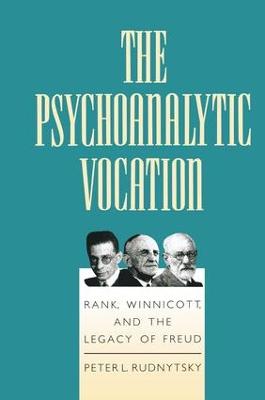 Rank, Winnicott, and the Legacy of Freud

Object relations, which emphasizes the importance of the preoedipal period and the infant-mother relationship, is considered by many analysts to be the major development in psychoanalytic theory since Freud. In this reinterpretation of its history Peter L. Rudnytsky focuses on two pivotal figures: Otto Rank, one of Freud's original and most brilliant disciples, who later broke away from psychoanalysis, and D. W. Winnicott, the leading representative of the Independent tradition in British psychoanalysis.

Rudnytsky begins with an overview arguing that object relations theory can synthesize the scientific and hermeneutic dimensions of psychoanalysis. He the uses the ideas of Rank and Winnicott to uncover the preoedipal aspects of Sophocles' Oedipus the King. After an appraisal of the relationship between Rank and Freud, he turns to Rank's neglected writings between 1924 and 1927 and shows how they anticipate contemporary object relations theory. Rudnytsky critically measures Winnicott's achievement against those of Heinz Kohut and Jacques Lacan, the founders of two competing schools of psychoanalysis, and compares Winnicott's life and work with Freud's. Next, using both published and unpublished accounts by the psychotherapist Harry Guntrip of his analyses with W. R. D. Fairbairn and Winnicott, he probes the personal and intellectual interactions among these three British clinicians. Rudnytsky concludes by advancing a psychoanalytic theory of the self as a rejoinder to the postmodernism that is the dominant ideology in literary studies today. In two appendices he makes available for the first time an English translation of Rank's "Genesis of the Object Relation" and a 1983 interview with Clare Winnicott.

Other Editions - The Psychoanalytic Vocation by Peter L. Rudnytsky 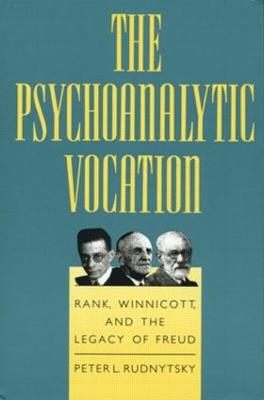 » Have you read this book? We'd like to know what you think about it - write a review about Psychoanalytic Vocation book by Peter L. Rudnytsky and you'll earn 50c in Boomerang Bucks loyalty dollars (you must be a Boomerang Books Account Holder - it's free to sign up and there are great benefits!)

Peter L. Rudnytsky, Ph.D., is Professor of English at the University of Florida and Editor of American Imago. He is the author of Freud and Oedipus (1987) and Psychoanalytic Conversations: Interviews with Clinicians, Commentators, and Critics (TAP, 2000) and is a corresponding member of the Institute of Contemporary Psychoanalysis in Los Angeles.

A Preview for this title is currently not available.
More Books By Peter L. Rudnytsky
View All

Rescuing Psychoanalysis from Freud and Other Essays in Re-Vision
$69.29 $69.99