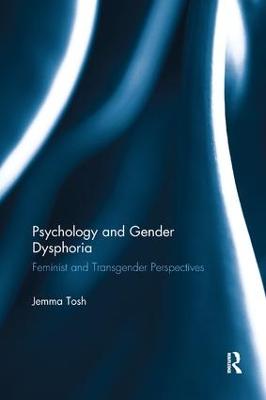 Psychiatry and psychology have a long and highly debated history in relation to gender. In particular, they have attracted criticism for policing the boundaries of 'normal' gender expression through gender identity diagnoses, such as transvestism, transsexualism, gender identity disorder and gender dysphoria.

Drawing on discursive psychology, this book traces the historical development of psychiatric constructions of 'normal' and 'abnormal' gender expression. It contextualizes the recent reconstruction of gender in the 5th edition of the Diagnostic and Statistical Manual of Mental Disorders (DSM-5) and its criteria for gender dysphoria. This latest diagnosis illustrates the continued disagreement and debate within the profession surrounding gender identity as 'disordered'. It also provides an opportunity to reflect on the conflicted history between feminist and transgender communities in the changing context of a more trans-positive feminism, and the implications of these diagnoses for these distinct but linked communities.

Psychology and Gender Dysphoria examines debates and controversies surrounding psychiatric diagnoses and theories related to gender and gender nonconformity by exploring recent research, examples of collaborative perspectives, and existing feminist and trans texts. As such, the book is relevant for postgraduate and postdoctoral researchers of gender, feminism, and critical psychology as well as historical issues within psychiatry.

Other Editions - Psychology and Gender Dysphoria by Jemma Tosh 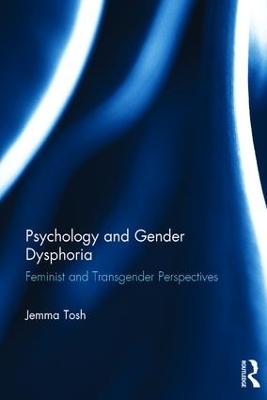 » Have you read this book? We'd like to know what you think about it - write a review about Psychology and Gender Dysphoria book by Jemma Tosh and you'll earn 50c in Boomerang Bucks loyalty dollars (you must be a Boomerang Books Account Holder - it's free to sign up and there are great benefits!)

Jemma Tosh is a Research Manager at the Faculty of Health Sciences at Simon Fraser University and a Postdoctoral Research Fellow at the Institute for Gender, Race, Sexuality and Social Justice at the University of British Columbia. She is the author of Perverse Psychology: The Pathologization of Sexual Violence and Transgenderism (Routledge, 2015).

A Preview for this title is currently not available.
More Books By Jemma Tosh
View All

The Body and Consent in Psychology, Psychiatry, and Medicine: A Therapeutic Rape Culture
$73.25 $73.99