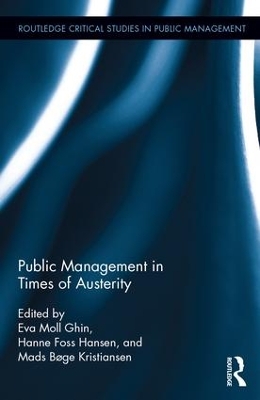 Public Management in Times of Austerity

Since 2008, the world has experienced an enormous decrease of wealth. By many measures the impact of the crisis was severe. The fall in GDP, the collapse of world trade, the rise in unemployment, and the credit slump reached bigger proportions than in any other crisis since World War II. Although the economic figures seem to improve in some countries, the crisis continues being a challenging issue and is said to be one of the most important problems governments face today.

The crisis has put public finances under ever increasing pressure, and governments have responded through austerity measures such as new fiscal rules and budgeting procedures and cutbacks of public spending.

Public Management in Times of Austerity seeks to explore the austerity policies adopted by European governments and their consequences to public management. It asks how governments have implemented new rules leading to more stringency in public budgeting and financial management, and how they have cut back public expenditure. These questions are examined comparatively through case studies in different parts of Europe, and variations across countries are discussed and explained.

Throughout the volume, the consequences of the crisis and austerity policies for public management are discussed. What is the relationship between crisis and decision-making in the public sector, and how does austerity affect public-sector organisation? As the previous crisis in the 1970s resulted in a major reform movement, which was later referred to as New Public Management, Public Management in Times of Austerity look to understand whether the current crisis also leads to a wave of public management reform, and if so what is the content of this? 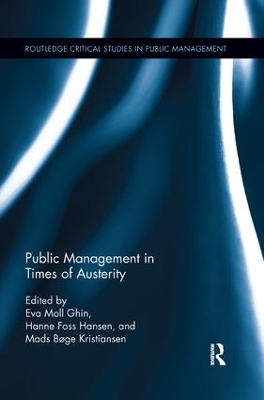 » Have you read this book? We'd like to know what you think about it - write a review about Public Management in Times of Austerity book by Eva Moll Sorensen and you'll earn 50c in Boomerang Bucks loyalty dollars (you must be a Boomerang Books Account Holder - it's free to sign up and there are great benefits!)

A Preview for this title is currently not available.
More Books By Eva Moll Sorensen
View All