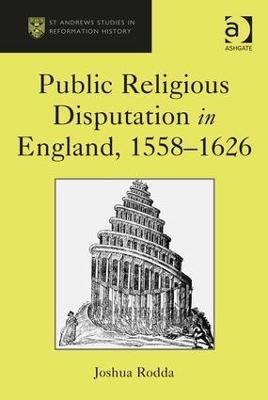 With a focus on England from the accession of Elizabeth I to the mid-1620s, this book examines the practice of direct, scholarly disputation between fundamentally opposing and oftentimes antagonistic Catholic, Protestant and nonconformist puritan divines. Introducing a form of discourse hitherto neglected in studies of religious controversy, the volume works to rehabilitate a body of material only previously examined as part of the great, subjective mass of polemic produced in the wake of the Reformation. In so doing, it argues that public religious disputation - debate between opposing clergymen, arranged according to strict academic formulae - can offer new insights into contemporary beliefs, thought processes and conceptions of religious identity, as well as an accessible and dramatic window into the major theological controversies of the age. Formal disputation crossed confessional lines, and here provides an opportunity for a broad, comparative analysis. More than any other type of interaction or material, these encounters - and the dialogic accounts they produced - displayed the shared methods underpinning religious divisions, allowing Catholic and reformed clergymen to meet on the same field. The present volume asserts the significance of public religious disputation (and accounts thereof) in this regard, and explores their use of formal logic, academic procedure and recorded dialogue form to bolster religious controversy. In this, it further demonstrates how we might begin to move from the surviving source material for these encounters to the events themselves, and how the disputations then offer a remarkable new glimpse into the construction, rationalization and expression of post-Reformation religious argument.

» Have you read this book? We'd like to know what you think about it - write a review about Public Religious Disputation in England, 1558-1626 book by Joshua Rodda and you'll earn 50c in Boomerang Bucks loyalty dollars (you must be a Boomerang Books Account Holder - it's free to sign up and there are great benefits!)

Joshua Rodda is an early career researcher and tutor in the History Department at the University of Nottingham, where in 2012 he completed a doctoral dissertation on public religious disputation in post-Reformation England. This, his first book, represents the culmination of more than five years' research, speaking and publication on the topic.