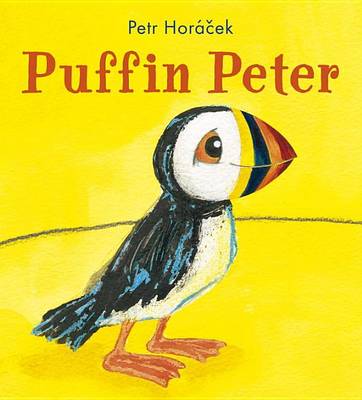 Peter and Paul are puffins and the best of friends. But one day Peter gets lost in a terrible storm, and Paul is nowhere to be found. With the help of a big blue whale, Peter sets out, determined to find his pal. Full color. » Have you read this book? We'd like to know what you think about it - write a review about Puffin Peter book by Petr Horacek and you'll earn 50c in Boomerang Bucks loyalty dollars (you must be a Boomerang Books Account Holder - it's free to sign up and there are great benefits!)

Petr Horacek grew up in Prague in the Czech Republic. Inspired by his two daughters, he has created numerous books for children, including One Spotted Giraffe, Silly Suzy Goose, and Strawberries Are Red. He lives in England.