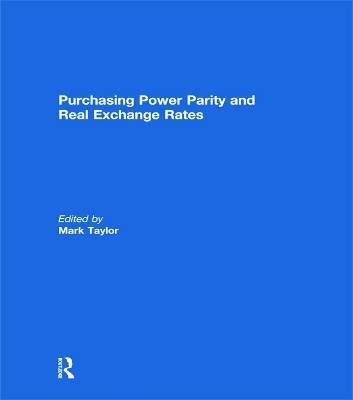 The term Purchasing Power Parity may date from the early twentieth century, when it was coined by the Swedish economist Gustav Cassel, but the underlying concept had been enjoying varying degrees of success since its development in sixteenth century Spain. Even towards the end of the twentieth century, and especially since the breakdown of the Bretton Woods system of fixed exchange rates, PPP and the stability of real exchange rates continued to be the subject of academic debate.

This volume brings together essays covering aspects of current thinking on Purchasing Power Parity, from the various ways in which to test for its existence, to its appearance in different economies around the world, to examinations of the explanations given when PPP does not appear to hold

This book was published as a special issue of Applied Financial Economics. The academic editor of this journal is Mark P. Taylor. 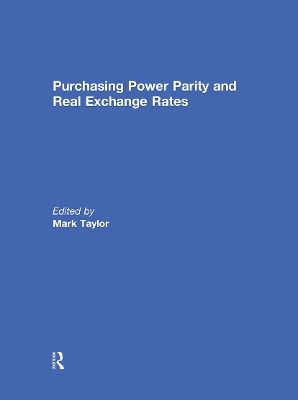 » Have you read this book? We'd like to know what you think about it - write a review about Purchasing Power Parity and Real Exchange Rates book by Mark P. Taylor and you'll earn 50c in Boomerang Bucks loyalty dollars (you must be a Boomerang Books Account Holder - it's free to sign up and there are great benefits!)


A Preview for this title is currently not available.
More Books By Mark P. Taylor
View All

Control for Aluminum Production and Other Processing Industries
$143.55 $145.00