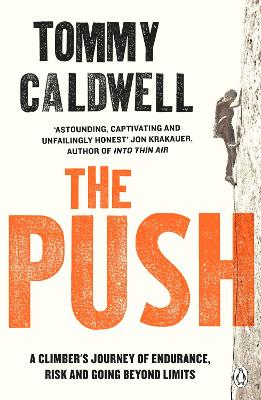 A Climber's Journey of Endurance, Risk and Going Beyond Limits

Description - The Push by Tommy Caldwell

A dramatic, inspiring memoir by legendary rock climber Tommy Caldwell, the first person to free climb the Dawn Wall of Yosemite's El Capitan.
On January 14, 2015, Tommy Caldwell, along with his partner, Kevin Jorgeson, summited what is widely regarded as the hardest climb in history Yosemite's nearly vertical 3,000-foot Dawn Wall, after nineteen days on the route.
Caldwell's odds-defying feat was the culmination of an entire lifetime of pushing himself to his limits as an athlete.
This engrossing memoir chronicles the journey of a boy with a fanatical mountain-guide father who was determined to instill toughness in his son to a teen whose obsessive nature drove him to the top of the sport-climbing circuit.
Caldwell s affinity for adventure then led him to the vertigo-inducing and little understood world of big wall free climbing. But his evolution as a climber was not without challenges; in his early twenties, he was held hostage by militants in a harrowing ordeal in the mountains of Kyrgyzstan. Soon after, he lost his left index finger in an accident. Later his wife, and main climbing partner, left him. Caldwell emerged from these hardships with a renewed sense of purpose and determination. He set his sights on free climbing El Capitan s biggest, steepest, blankest face the Dawn Wall. This epic assault took more than seven years, during which time Caldwell redefined the sport, found love again, and became a father.
The Push is an arresting story of focus, drive, motivation, endurance, and transformation, a book that will appeal to anyone

Other Editions - The Push by Tommy Caldwell 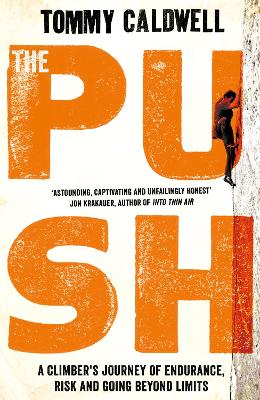 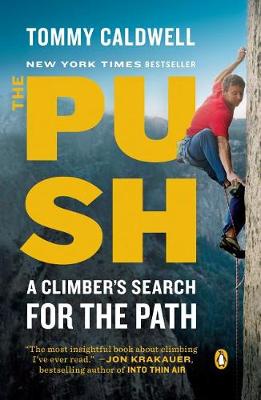 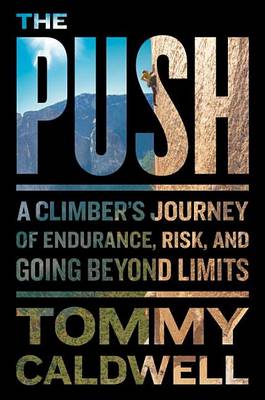 View all editions of The Push by Tommy Caldwell

» Have you read this book? We'd like to know what you think about it - write a review about Push book by Tommy Caldwell and you'll earn 50c in Boomerang Bucks loyalty dollars (you must be a Boomerang Books Account Holder - it's free to sign up and there are great benefits!)

Tommy Caldwell grew up in Colorado. He has made dozens of notable ascents, and many consider him the best all-around rock climber in the world. In 2014 he was chosen as one of National Geographic's Adventurers of the Year, and in 2015 the American Alpine Club awarded him Lifetime Honorary Membership, its highest honor. Caldwell, a frequent contributor to Alpinist, Climbing, and Rock and Ice magazines, lives in the town where he first learned to climb, Estes Park, Colorado, with his wife and their son and daughter.