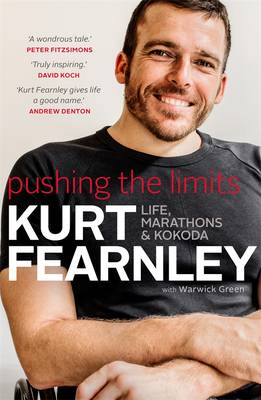 When Kurt Fearnley was a kid, he would leave his wheelchair at the front gate and go exploring with his brothers and sisters. 'You're going to have to be stronger than we are,' they told him, 'and we know you will be.'

The boy from Carcoar was raised to believe he could do anything. At fifteen, he won his first medal. Then he conquered the world, winning three Paralympic gold medals, seven world championships and more than 35 marathons. A world-beater in and out of his wheelchair, Kurt is a true Australian champion.

Inspiring, exhilarating and highly entertaining, Pushing the Limits takes us inside the mind of a kid with a disability growing up in a tiny town, a teenager finding his place in the world, and an elite sportsman who refuses to give up, no matter how extreme the challenge. 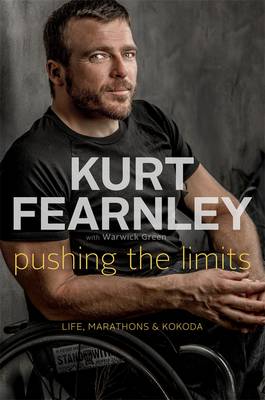 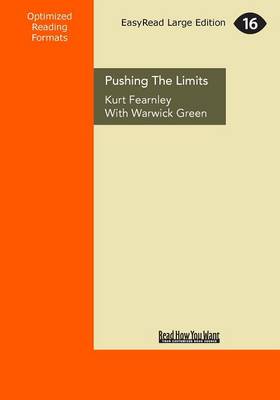 » Have you read this book? We'd like to know what you think about it - write a review about Pushing The Limits: Life, Marathons & Kokoda book by Kurt Fearnley and you'll earn 50c in Boomerang Bucks loyalty dollars (you must be a Boomerang Books Account Holder - it's free to sign up and there are great benefits!)

World-beater Kurt Fearnley was born without the lower portion of his spine. He grew up in tiny Carcoar in NSW, and took up wheelchair racing in his teens. He has gone on to be a three-time Paralympic gold medallist and has won marathons all around the world, including the prestigious New York, London and Chicago marathons multiple times. His exploits are not confined to wheelchair racing - he has crawled the Kokoda track and the Great Wall of China and sailed with a winning Sydney to Hobart Yacht Race crew. Kurt's exploits both in and out of sport saw him recognised as the 2009 NSW Young Australian of the Year. He lives in Newcastle with his wife and son.