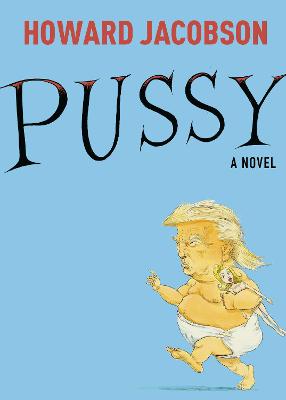 Pussy is the story of Prince Fracassus, heir presumptive to the Duchy of Origen, famed for its golden-gated skyscrapers and casinos, who passes his boyhood watching reality shows on TV, imagining himself to be the Roman Emperor Nero, and fantasizing about hookers. He is idle, boastful, thin-skinned and egotistic; has no manners, no curiosity, no knowledge, no idea and no words in which to express them. Could he, in that case, be the very leader to make the country great again?

» Have you read this book? We'd like to know what you think about it - write a review about Pussy book by Howard Jacobson and you'll earn 50c in Boomerang Bucks loyalty dollars (you must be a Boomerang Books Account Holder - it's free to sign up and there are great benefits!)

Howard Jacobson has written fifteen novels and five works of non-fiction. He won the Bollinger Everyman Wodehouse Award in 2000 for The Mighty Walzer and then again in 2013 for Zoo Time. In 2010 he won the Man Booker Prize for The Finkler Question and was also shortlisted for the prize in 2014 for his most recent novel, J.

A Preview for this title is currently not available.
More Books By Howard Jacobson
View All