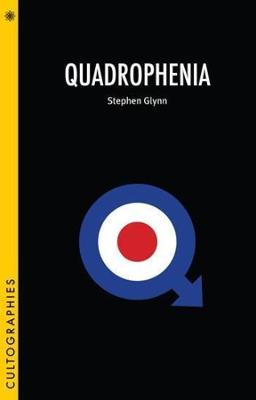 1964: Mods clash with Rockers in Brighton, creating a moral panic. 1973: ex-Mod band The Who release Quadrophenia, a concept album following young Mod Jimmy Cooper to the Brighton riots and beyond. 1979: Franc Roddam directs Quadrophenia, a film based on Pete Townshend's album narrative; its cult status is immediate. 2013: almost fifty years on from Brighton, this first academic study explores the lasting appeal of 'England's Rebel Without a Cause'. Investigating academic, music, press, and fan-based responses, Glynn argues that the 'Modyssey' enacted in Quadrophenia intrigues because it opens a hermetic subculture to its social-realist context; it enriches because it is a cult film that dares to explore the dangers in being part of a cult; it endures because of its 'emotional honesty', showing Jimmy as failing, with family, job, girl, and group; it excites because we all know that, at some point in our lives, 'I was there!'

» Have you read this book? We'd like to know what you think about it - write a review about Quadrophenia book by Stephen Glynn and you'll earn 50c in Boomerang Bucks loyalty dollars (you must be a Boomerang Books Account Holder - it's free to sign up and there are great benefits!)


A Preview for this title is currently not available.
More Books By Stephen Glynn
View All