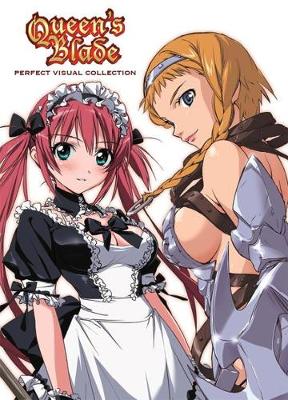 "It is medieval times and in the Old Continent, a traditional tournament is about to take place across the land. Known in the underworld as The Queen's Blade, this battle royale is held every four years to determine the land's most beautiful and powerful Queen. While most of the battles are staged in the Queen's Capital, Gynos, fighters from all over the Old Continent travel far and wide to encounter each other in any venue and locale to prove their worth. The supernatural, whether they be angels or demons, are also involved in this event; often as judge and host to these battles but occassionally to influence their position on the regional powers. In this most recent tournament, brave warriors travel to the Gynos to defeat the defending champion Aldra the Bewitched Queen. When we are introduced to the world of Queen's Blade, readers are first acquainted with one of the youngest heroines in this new tournament Leina Vance, the Wandering Warrior. Heiress to Count Vance and next in line for the throne, she is sister to a pair of Queen's Blade contestants. Along with Claudette Vance the Thundercloud General and her sister Elina Vance Captian of the Guard, Leina fights for her fami

» Have you read this book? We'd like to know what you think about it - write a review about Queen's Blade: Visual Collection book by Hobby Japan and you'll earn 50c in Boomerang Bucks loyalty dollars (you must be a Boomerang Books Account Holder - it's free to sign up and there are great benefits!)

Hobby Japan is a Japanese publishing company, specializing in roleplaying and tabletop games. Since 1969, the company has been publishing fantasy and military themed books and magazines for Japanese readers. Initially focusing on model kits, mini-cars and table top gaming, Hobby Japan would expand to release translations of RPG books such as Dungeouns & Dragons and Warhammer. Now they are the official Japanese publishers for Wizards of the West Coast, Games Designer Workshop and Avalon Hill. As of late Hobby Japan brands have inspired a number of action figures, toys, and artbooks for successful anime, manga and light novel franchises.