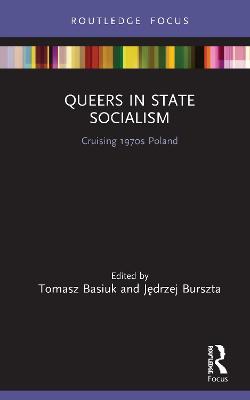 This short collection of essays engages with queer lives and activism in 1970s Poland, illustrating discourses about queerness and a trajectory of the struggle for rights which clearly sets itself apart, and differs from a Western-based narrative of liberation.

Contributors to this volume paint an uneven landscape of queer life in state-socialist Poland in the 1970s and early 1980s. They turn to oral history interviews and archival sources which include police files, personal letters, literature and criticism, writings by sexuality experts, and documentation of artistic practice. Unlike most of Europe, Poland did not penalize same-sex acts, although queer people were commonly treated with suspicion and vilified. But while many homosexual men and most lesbian women felt invisible and alone, some had the sense of belonging to a fledgling community. As they looked to the West, hoping for a sexual revolution that never quite arrived, they also preserved informal queer institutions dating back to the prewar years and used them to their advantage. Medical experts conversed with peers across the Iron Curtain but developed their own "socialist" methods and successfully prompted the state to recognize transgender rights, even as that state remained determined to watch and intimidate homosexual men. Literary critics, translators, and art historians began debating-and they debate still-how to read gestures defying gender and sexual norms: as an aspect of some global "gay" formation or as stemming from locally grounded queer traditions.

Emphasizing the differences of Poland's LGBT history from that of the "global" West while underscoring the existing lines of communication between queer subjects on either side of the Iron Curtain, this book will be of key interest to scholars and students in gender and sexuality studies, social history, and politics.

» Have you read this book? We'd like to know what you think about it - write a review about Queers in State Socialism: Cruising 1970s Poland book by Tomasz Basiuk and you'll earn 50c in Boomerang Bucks loyalty dollars (you must be a Boomerang Books Account Holder - it's free to sign up and there are great benefits!)


A Preview for this title is currently not available.
More Books By Tomasz Basiuk
View All