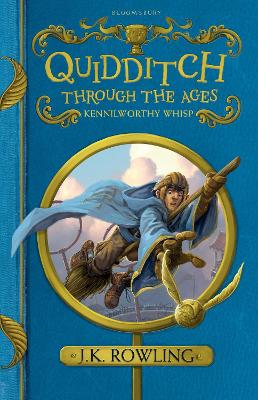 Quidditch Through the Ages

Description - Quidditch Through the Ages by J.K. Rowling

A perennial bestseller in the wizarding world and one of the most popular books in the Hogwarts School library, Quidditch Through the Ages contains all you will ever need to know about the history, the rules - and the breaking of the rules - of the noble sport of Quidditch. Packed with fascinating facts, this definitive guide by the esteemed Quidditch writer Kennilworthy Whisp charts the game's history from its early origins in the medieval mists on Queerditch Marsh, through to the modern-day sport loved by so many wizard and Muggle families around the world. With comprehensive coverage of famous Quidditch teams, the commonest fouls, the development of racing brooms, and much more, this is a must-have sporting bible for all Harry Potter fans, Quidditch lovers and players, whether the weekend amateur or the seasoned Chudley Cannons season-ticket holder.
This brand new edition of the most famous sports book in the wizarding world pairs J.K. Rowling's original text, with gorgeous jacket art by Jonny Duddle and line illustrations throughout by Tomislav Tomic. A contribution from the sale of each book will go to Comic Relief.

Other Editions - Quidditch Through the Ages by J.K. Rowling 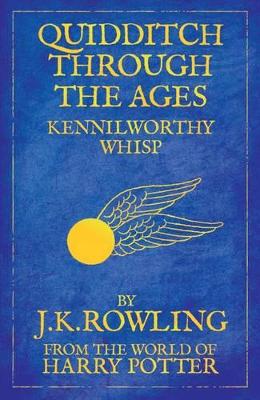 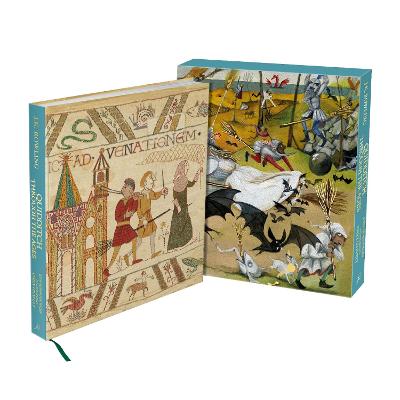 Book Reviews - Quidditch Through the Ages by J.K. Rowling

» Have you read this book? We'd like to know what you think about it - write a review about Quidditch Through the Ages book by J.K. Rowling and you'll earn 50c in Boomerang Bucks loyalty dollars (you must be a Boomerang Books Account Holder - it's free to sign up and there are great benefits!)

J.K. Rowling is the author of the record-breaking, multi-award-winning Harry Potter novels. Loved by fans around the world, the series has sold over 450 million copies, been translated into 79 languages, and made into eight blockbuster films. She has written three companion volumes in aid of charity: Quidditch Through the Ages and Fantastic Beasts and Where to Find Them (in aid of Comic Relief), and The Tales of Beedle the Bard (in aid of Lumos), as well as a screenplay inspired by Fantastic Beasts and Where to Find Them. She has also collaborated on a stage play, Harry Potter and the Cursed Child Parts One and Two, which opened in London's West End in the summer of 2016. In 2012, J.K. Rowling's digital company Pottermore was launched, where fans can enjoy her new writing and immerse themselves deeper in the wizarding world. J.K. Rowling has written a novel for adult readers, The Casual Vacancy, and also writes crime novels under the pseudonym Robert Galbraith. She has received many awards and honours, including an OBE for services to children's literature, France's Legion d'honneur and the Hans Christian Andersen Award.

The Battle of Hogwarts and the Magic Used to Defend It (Harry Potter)
Daphne Pendergrass
$22.49 $24.99