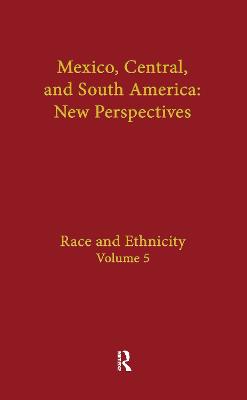 Description - Race and Ethnicity by Jorge I. Dominguez

With the fall of the Soviet Union and the acceleration of global economic, political, and social pressures, Mexico, Central, and South America have undergone vast transformations. This collection details these changes and updates scholarship on a region once defined by the cold war and now struggling to define itself within the era of economic globalisation and democratisation. Rapid changes in the region have produced new and contentious scholarship, the best of which is contained in this five-volume set. The organisation is clear. Each volume treats a key discipline of study and the set forms a comprehensive whole.

Other Editions - Race and Ethnicity by Jorge I. Dominguez 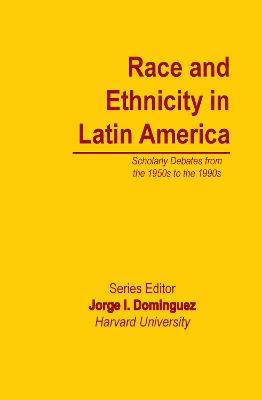 Book Reviews - Race and Ethnicity by Jorge I. Dominguez

» Have you read this book? We'd like to know what you think about it - write a review about Race and Ethnicity book by Jorge I. Dominguez and you'll earn 50c in Boomerang Bucks loyalty dollars (you must be a Boomerang Books Account Holder - it's free to sign up and there are great benefits!)

Jorge I. Dominguez is Clarence Dillon Professor of International Affairs and Harvard College Professor at Harvard University and is a member of the Weatherhead Center for International Affairs. He has authored and edited a number of works, including Essays on Mexico, Central, and South America (Garland, 1994), To Make a World Safe for Revolution: Cuba's Foreign Policy (Harvard University Press, 1989), Democracy and the Caribbean (Johns Hopkins, 1993), Democratic Politics in Latin America and the Caribbean (Johns Hopkins, 1999), Toward Mexico's Democratization (Routledge, 1999), and the forthcoming The United States and Mexico: Between Partnership and Conflict (Routledge).