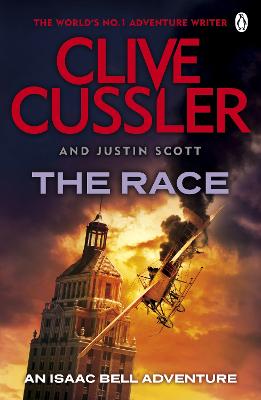 Description - The Race by Clive Cussler

The Race is a nerve-shredding historical thriller, set at the dawn of flight

1910, and America's first ever cross-country flying race has been sabotaged . . .

Newspaper magnate Preston Whiteway is offering a big prize for the first aviator to cross America in under fifty days. He wants Josephine Frost - the country's leading as well as most glamorous pilot - to win. Which is why he's hired Isaac Bell of the Van Dorn Detective Agency.

Josephine saw her husband Harry Frost kill a man. Now he wants her dead. And with underworld contacts ready to help in every city en route, he'll do anything, go after anyone who gets in his way - including Whiteway and Bell.

Packed with brilliant twists and turns, The Race sees the intrepid Private Investigator locked in a deadly cat-and-mouse game with a killer whose resources are only matched by his willingness to cause mayhem during the race of a life time . . .

Clive Cussler is the author or co-author of a great number of international bestsellers, including the famous Dirk Pitt adventures, such as Crescent Dawn; the NUMA Files adventures, the Oregon Files, such as The Jungle; and the Isaac Bell historical thrillers, which began with The Chase. He lives in Arizona. www.clivecussler.co.uk

Justin Scott's twenty six novels include The Shipkiller and Normandie Triangle; the Ben Abbot detective series; and five modern sea thrillers published under his pen name Paul Garrison. He lives in Connecticut with his wife, the filmmaker Amber Edwards.

Other Editions - The Race by Clive Cussler 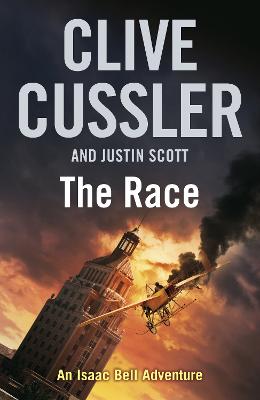 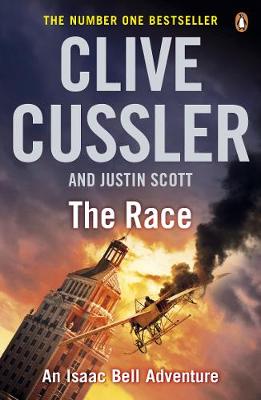 » Have you read this book? We'd like to know what you think about it - write a review about Race book by Clive Cussler and you'll earn 50c in Boomerang Bucks loyalty dollars (you must be a Boomerang Books Account Holder - it's free to sign up and there are great benefits!)

Clive Cussler is the author or co-author of a great number of international bestsellers, including the famous Dirk Pitt(R) adventures, such as Arctic Drift; the NUMA(R) Files adventures, most recently Medusa; the Oregon Files, such as The Jungle; the Isaac Bell adventures, which began with The Chase; and the highly successful new series - the Fargo adventures. He lives in Arizona. Justin Scott is the author of twenty-six novels, including The Shipkiller and Normandie Triangle, the Ben Abbot detective series, and five modern sea thrillers under his pen name Paul Garrison. He currently co-writes the Isaac Bell series with Clive Cussler. He lives in Connecticut.