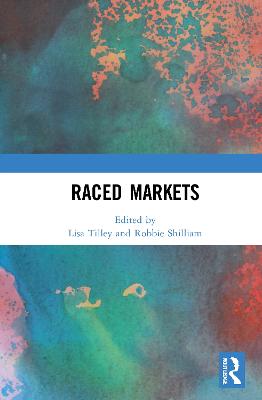 Despite rich archives of work on race and the global economy, most notably by scholars of colour and Global South intellectuals, the discipline of Political Economy has largely avoided an honest confrontation with how race works within the domains it studies, not least within markets.

By way of corrective, this book draws together scholarship on the material function of race at various scales in the global political economy. The collective provocation of the contributors to this volume is that race has been integral to the formation of capitalism - as extensively laid out by the racial capitalism literature - and takes on new forms in the novel market spaces of neoliberalism. The chapters within this volume also reinforce that the current political conjuncture, marked by the ascension of neo-fascist power, cannot be defined by an exceptional intrusion of racism, nor can its racism be dismissed as epiphenomenal.

Raced Markets will be of great value to scholars, students, and researchers interested in political economy and racial capitalism as well as those willing to explore how race takes on new forms in the novel market spaces of contemporary neoliberalism.

The chapters in this book were originally published as a special issue of the New Political Economy.

» Have you read this book? We'd like to know what you think about it - write a review about Raced Markets book by Lisa Tilley and you'll earn 50c in Boomerang Bucks loyalty dollars (you must be a Boomerang Books Account Holder - it's free to sign up and there are great benefits!)