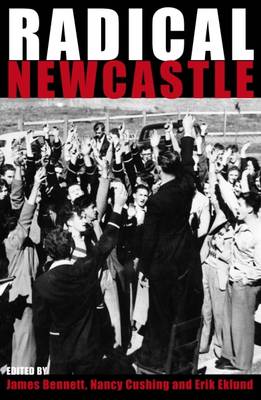 The Star Hotel in Newcastle has become a site of defiance for the marginalized young and dispossessed working class. To understand the whole story of the Star Hotel riot, it should be seen in the context of other moments of resistance such as the 1890 Maritime Strike, Rothbury miners' lockout in 1929 and the recent battle for the Laman Street fig trees. As Australia's first industrial city, Newcastle is also a natural home of radicalism but until now, the stories which reveal its breadth and impact have remained untold. Radical Newcastle brings together short illustrated essays from leading scholars, local historians and present day radicals to document both the iconic events of the region's radical past, and less well known actions seeking social justice for workers, women, Aboriginal people and the environment

» Have you read this book? We'd like to know what you think about it - write a review about Radical Newcastle book by James Bennett and you'll earn 50c in Boomerang Bucks loyalty dollars (you must be a Boomerang Books Account Holder - it's free to sign up and there are great benefits!)

James Bennett founded Radical Newcastle in 2010 and established the collective that has staged a number of public events to generate interest in the project and its objectives. He is a coeditor of "Making Film and Television Histories: Australia and New Zealand." Nancy Cushing leads, with Erik Eklund and Julie McIntyre, the Newcastle Hunter Studies group which seeks to promote scholarly publishing on the history of the region. Erik Eklund is an award-winning historian whose work has appeared in major Australian journals and has covered a number of industrial and mining-focused regions across the country. He currently works at Federation University, a new institution with a specific focus on regional Australia.

A Preview for this title is currently not available.
More Books By James Bennett
View All