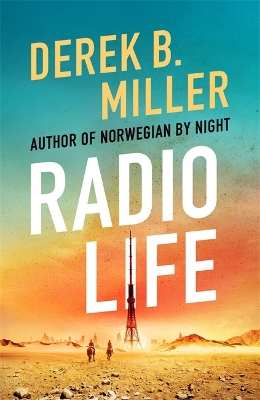 In this riveting political thriller, The Commonwealth, a post-apocalyptic civilisation on the rise, is locked in a clash of ideas with the Keepers, a fight which threatens to destroy the world . . . again. When Lilly was first Chief Engineer at The Commonwealth, nearly fifty years ago, the Central Archive wasn't yet the greatest repository of knowledge in the known world, protected by scribes copying every piece of found material - books, maps, even scraps of paper - and disseminating them by Archive Runners to hidden off-site locations for safe keeping. Back then, there was no Order of Silence to create and maintain secret routes deep into the sand-covered towers of the Gone World or into the northern forests beyond Sea Glass Lake. Back then, the world was still quiet, because Lilly hadn't yet found the Harrington Box. But times change. Recently, the Keepers have started gathering to the east of Yellow Ridge - thousands upon thousands of them - and every one of them determined to burn the Central Archives to the ground, no matter the cost, possessed by an irrational fear that bringing back the ancient knowledge will destroy the world all over again. To prevent that, they will do anything.Fourteen days ago the Keepers chased sixteen-year-old Archive Runner Elimisha into a forbidden Gone World Tower and brought the entire thing down on her. Instead of being killed, though, she slipped into an ancient unmapped bomb shelter where she has discovered a cache of food and fresh water, a two-way radio like the one Lilly's been working on for years . . . and something else. Something that calls itself 'the internet' . . .

Other Editions - Radio Life by Derek B. Miller 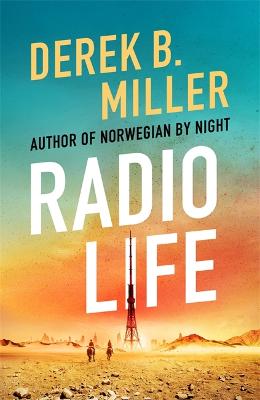 » Have you read this book? We'd like to know what you think about it - write a review about Radio Life book by Derek B. Miller and you'll earn 50c in Boomerang Bucks loyalty dollars (you must be a Boomerang Books Account Holder - it's free to sign up and there are great benefits!)

Radio Life is the fourth novel by award- winning American author, Derek B. Miller. On her all-important tenth outing as an Archive Runner for the Commonwealth, sixteen-year-old Elimisha is pursued by tribesmen of the Keepers, forced into the reputedly-Sickness-laden depths of the Aladdin tower as it is destroyed. By chance, she finds a Hard Room, the key to her survival: water, food and first aid. And, unexpectedly, more than this, a device that holds a trove of information, of Knowledge: the internet.

Trapped underground, she may be, but she can communicate her find to Lilly, the Chief of Weapons and Communications, via the partially-dysfunctional radio that Lilly found fifty-four years earlier, in a similar situation. Elimisha immediately understands that she must protect this significant find, for not all share the Commonwealth’s belief in, and thirst for, the Knowledge.

The Keepers are hostile to the Knowledge: “… my people look around at the world and know two things: the Ancients knew more than us. And that knowledge led to this… Whatever they knew – whatever is under the sand – is what destroyed the world. If you continue to learn, there is every reason to believe that you will do the same.”

And now, amassed nearby, is an army of those who follow, with almost religious fervour, the Keepers’ thinking, ready to fight against what they believe will once again bring destruction to the land. And not everyone in the Stadium, the Commonwealth’s fortress, agrees on what to do about it.

For his fourth novel, Miller departs from his usual genre to give the reader a post-apocalyptic tale set somewhere in America in the early 25th Century. The obligatory world-building is fairly seamlessly achieved; the sizeable cast of players requires that many merit only vignettes, somewhat precluding character depth, though the main protagonists are not one-dimensional. Lilly, in particular, is a feisty seventy-one-year-old: “I was talking to myself and I won’t apologise for it. I’m interesting.”

The story gives Miller the chance to explore many provocative issues and dilemmas. The Keepers’ flawed logic leads to the question of if and how technology should be regulated. Young Alessandra’s decisions about what to save, as well as entertaining us with her first priority (disco music), raise the question of censorship and reminds us that “those who forget the past are condemned to repeat it".

The “Shinies” collected by those who “Spade, Raid or Trade”, often thought to do nothing, are, Lilly concludes, dependent on the non-functioning internet, illustrating what we already see today: too heavy a reliance on technology stifles certain crafts, skills and innovative thinking.

Remnants of things lost in the series of apocalyptic events remain in the language, making for amusing dialogue: ‘I’m curious, that’s all.’ ‘Curiosity killed the cat,’ the woman said. ‘What’s a cat?’ ‘Something dead because it tried to learn too much.’ ‘The cat probably asked the wrong questions,’ Lilly said.

Miller creates a fascinating yet credible setting, fills it with realistic characters and sets them on an unpredictable path. There’s action and excitement, politics, philosophy and wisdom, a bit of nostalgia and ample laugh-out-loud moments to occasionally relieve the tension. Interesting, thought-provoking and often funny, this one is likely to appeal to fans of the genre. This unbiased review is from an uncorrected proof copy provided by NetGalley and Jo Fletcher Books


A Preview for this title is currently not available.
More Books By Derek B. Miller
View All