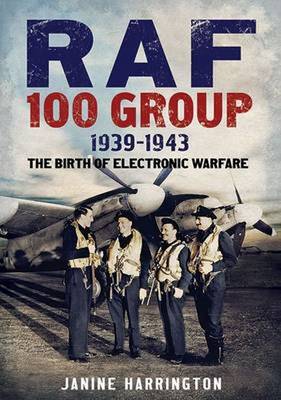 The Birth of Electronic Warfare

Air battles over Germany were becoming intense and complex by the Autumn/Winter of 1942. There was deep concern about the escalating losses of RAF night bombers and the ever increasing effectiveness of the German air defence system. Something drastic was called for, and this came in the concept of establishing a specialist RAF unit to become responsible for the operational development, application and co-ordination of all RCM (Radar Countermeasure) programmes, from the air and from the ground. Bomber Command suggested the role for what became No.100 Group in June 1943, to include specialist RCM aircraft from the 8th USAAF. The Group was officially inaugurated on 8 November 1943. Its first operation was in December 1943. Wartime operations under RAF No.100 (Bomber Support) Group were highly secret. Not even the RAF or main bomber forces which they protected knew of their existence. The principal tasks for No.1 00 Group were: to provide direct support to the RAF bomber offensive by using RCM, Window and night intruder operations with Mosquitoes; to exploit enemy air and ground RCM; to investigate the development of enemy radar and radio equipments by airborne signals intercept, done by lead Squadron No. 192; to build a body of knowledge as a basis for planning future operations; and to make use of immediate information about enemy fighter movements. Also vital were RAF Y-Service - the progressive analysis and interpretation of German Air Force radio traffic and Bletchley Park Air Section - the Intelligence output from the Air Section at Bletchley Park supplying Bomber Command with knowledge of enemy night fighter intentions and their execution. At the end of the war, Bomber Command held the view that No.100 Group's operations had saved at least 1,000 bomber aircraft and their aircrews and brought the war to an early conclusion. However, those who served under RAF 100 Group received no medal, and even to the present day, is not recognised for the work they achieved.

» Have you read this book? We'd like to know what you think about it - write a review about RAF 100 Group 1939-43 book by Janine Harrington and you'll earn 50c in Boomerang Bucks loyalty dollars (you must be a Boomerang Books Account Holder - it's free to sign up and there are great benefits!)

Janine Harrington was born in Caterham, Surrey, and both parents served in the RAF during the war. Later, her mother shared letters written by her wartime fiance Vic Vinnell. Together with Canadian pilot Jack Fisher, Vinnell served in RAF 100 Group, No. 192 Squadron, at Foulsham in Norfolk. Their disappearance in November 1944 remains a mystery to this day. Trying to find answers, Janine and her mother became founding members of the RAF 100 Group Association. Today, Janine is Secretary of the thriving Association and Editor of their quarterly magazine Confound & Destroy. She remains passionate about preserving the history of these forgotten heroes.

A Preview for this title is currently not available.
More Books By Janine Harrington
View All