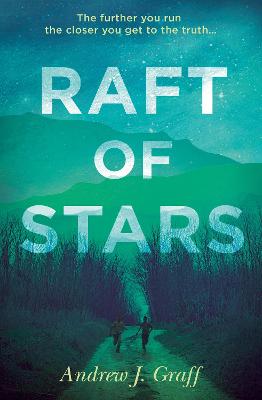 The further you run the closer you get to the truth...

An instant classic for fans of Where the Crawdads Sing and We Begin at the End!

One summer night in Wisconsin, the lives of two ten-year-old boys are changed forever...

Tired of seeing his best friend Dale Breadwin abused by his alcoholic father, Fischer Branson takes action. A gunshot rings out, and Bread and Fish flee into the woods. They build a raft, but the river quickly leads them into even greater danger.

In their wake travel a group of adults - each determined to save the boys from the terrors of Ironsford Gorge.

The further they go, the more the wilderness starts to change them in profound and unexpected ways. And when they reach the edge of the Gorge itself, they begin to understand the true violence and beauty of the natural world, and its ability to heal.

No matter where you run danger will always follow...

Other Editions - Raft of Stars by Andrew J. Graff 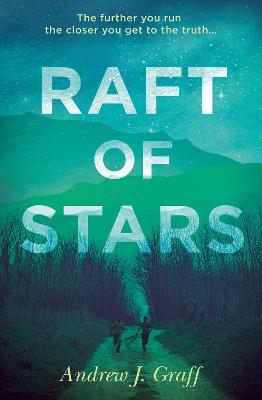 » Have you read this book? We'd like to know what you think about it - write a review about Raft of Stars book by Andrew J. Graff and you'll earn 50c in Boomerang Bucks loyalty dollars (you must be a Boomerang Books Account Holder - it's free to sign up and there are great benefits!)

5 stars Raft of Stars is the first novel by American author, Andrew. J. Graff. Fish and Bread are on the run. Fish (sort-of-accidentally) shot Bread’s dad (a nasty, violent alcoholic), and they don’t want to go to jail or foster care. Bread leaves a note for Fish’s grandpa on his fridge to explain they are headed for the National Guard Armory at Ironsford to find Fish’s dad (who will know what to do).

The note promises to send money for what they have taken, and asks grandpa to please reassure Fish’s mom they will be OK: they have their bicycles, two cups, their fishing poles, some food, Jack Breadwin’s gun and five bullets, grandpa’s jackknife and sharpening stone, a flint, matches and a tarp. Please tell the Sheriff that Fish didn’t mean to kill Bread’s dad (he’s on the Breadwin kitchen floor).

Ten-year-old Fischer and his best friend Dale Breadwin are confident they can make their way through the Mishicot Forest to Ironsford, ninety miles to the north. They will build a cedar raft, follow the river, hunt and fish, poach if they have to.

Their plan does have a few small wrinkles: Fish hasn’t told Bread that his father died in the Middle East three years ago; both boys are likely discounting the danger of coyotes and bears; neither boy is aware that the forest harbours dubious characters running meth labs in riverside cottages; nor, perhaps most importantly, that there are dangerous, unnavigable rapids at Ironsford Gorge.

They soon realise that they have grossly underestimated the difficulty of raft-building with only a barlow knife, and when their food supply (Slim Jims, beans, tuna) runs out, they are dismayed to find not only that foraging and fishing less productive than they had anticipated, but also that killing a creature to eat it is not as easy or straightforward as they had believed.

Meanwhile, within hours, several people are on their trail. Fischer’s grandpa, Teddy Branson is a Korean War veteran who immediately understands the dangers these essentially good boys could face, and is determined to save them. Sheriff Cal is a newcomer to the Northwoods of Wisconsin, having departed Houston, Texas in disgrace to take up the post of interim Sheriff in Claypot. A year in Marigamie County has done little to take the city out of the man, and he’s unconvinced about such a trek on horseback.

Fischer’s mom, Miranda travels from Cedar to await news at Teddy Branson’s farm. Tiffany Robins, the purple-haired cashier at the Sit-And-Go Gas Station, was charged with caring for Sheriff Cal’s dog. The aspiring young poet, who is sweet on the Sheriff, joins Miranda when the blue heeler goes AWOL. But Miranda is a mother fiercely attached, a lioness who is single-minded about rescuing her boy, and cannot sit idle. These two women strike out in pursuit, proving themselves surprisingly resourceful.

As two boys on a raft face hunger and weather and wildlife, two men with horses, persistent mosquitoes and a machete slash a path north, while two women paddle a canoe towards those killer rapids. They face wild water, storms both physical and psychological, and discover untapped reserves of strength and courage.

As the story hurtles towards a dramatic climax, friendships are formed, loyalties are tested, truths are told and acts of true bravery are performed. Graff does it all with some gorgeous evocative prose: “Fish saw a stretch of river the length and width of a football field, marked by vertical cliffs on either side, with two or three craggy islands dividing explosive currents. The water seemed to fight itself. It tumbled into pits. It bellowed. It hissed and leapt. It beat against the faces of the islands in giant, upswept pillows of water. Downstream of the islands, the entire river disappeared again, presumably over another falls, sprays of water rising into the lightning.”

This is a tale of love and grief and valour which can favourably compare with William Kent Krueger’s This Tender Land. Frequently funny (often blackly so), sometimes sad, and occasionally thought-provoking, this is a tale that would translate extremely well to the silver screen. An outstanding debut novel. This unbiased review is from an uncorrected proof copy provided by NetGalley and HQ Fiction.

A Preview for this title is currently not available.
More Books By Andrew J. Graff
View All