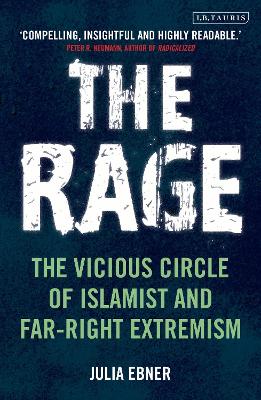 Description - The Rage by Julia Ebner

The early twenty-first century has been defined by a rise in Islamist radicalisation and a concurrent rise in far right extremism. This book explores the interaction between the 'new' far right and Islamist extremists and considers the consequences for the global terror threat. Julia Ebner argues that far right and Islamist extremist narratives - 'The West is at war with Islam' and 'Muslims are at war with the West' - complement each other perfectly, making the two extremes rhetorical allies and building a spiralling torrent of hatred - 'The Rage'. By looking at extremist movements both online and offline, she shows how far right and Islamist extremists have succeeded in penetrating each other's echo chambers as a result of their mutually useful messages. Based on first-hand interviews, this book introduces readers to the world of reciprocal radicalisation and the hotbeds of extremism that have developed - with potentially disastrous consequences - in the UK, Europe and the US.

Other Editions - The Rage by Julia Ebner 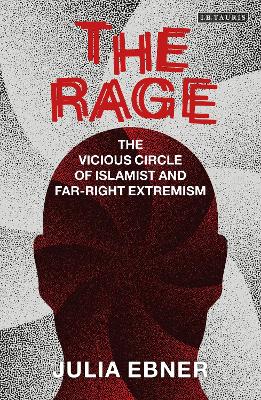 » Have you read this book? We'd like to know what you think about it - write a review about Rage book by Julia Ebner and you'll earn 50c in Boomerang Bucks loyalty dollars (you must be a Boomerang Books Account Holder - it's free to sign up and there are great benefits!)

Julia Ebner is a terrorism and extremism researcher based in London specialising in far-right extremism, reciprocal radicalisation and terrorism prevention initiatives. She is a Research Fellow at the Institute for Strategic Dialogue and a Global Fellow at the Project for the Study of the 21st Century. She spent two years working for the world's first counter-extremism organisation Quilliam, where she led research projects on terrorism prevention for the European Commission and the Kofi Annan Foundation and gave evidence to the Home Affairs Select Committee on far-right extremism. In her role as the coordinator of the pan-European network Families Against Terrorism and Extremism (FATE), she carried out radicalisation prevention projects across Europe and North Africa. On the basis of her research, Julia advises parliamentary working groups, frontline workers and tech firms, speaks at international conferences and delivers workshops in schools and universities. She regularly writes for the Guardian and the Independent and gives interviews in English, German and French on the BBC, CNN, ZDF, ARD, France24, Al Jazeera, LBC and others.

A Preview for this title is currently not available.
More Books By Julia Ebner
View All 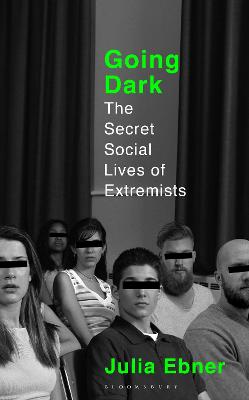