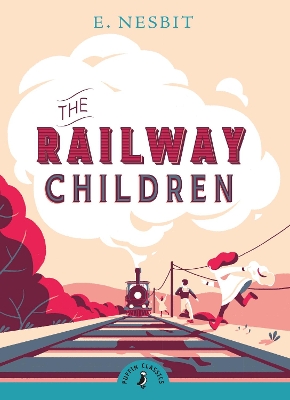 The Railway Children is the classic children's story by E. Nesbit.

When Father is taken away unexpectedly, Roberta, Peter, Phyllis and their mother have to leave their comfortable life in London to go and live in a small cottage in the country. The children seek solace in the nearby railway station, and make friends with Perks the Porter and the Station Master himself. Each day, Roberta, Peter and Phyllis run down the field to the railway track and wave at the passing London train, sending their love to Father. Little do they know that the kindly old gentleman passenger who waves back holds the key to their father's disappearance.

One of the best-loved classics of all time, with a wonderful introduction by Jacqueline Wilson.

Other Editions - The Railway Children by Edith Nesbit 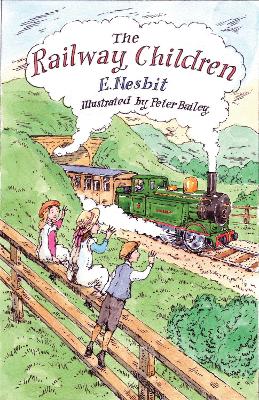 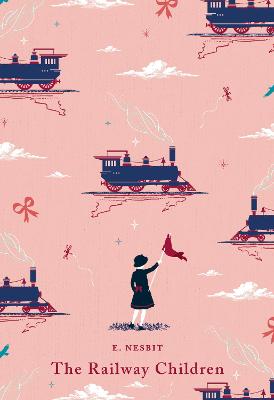 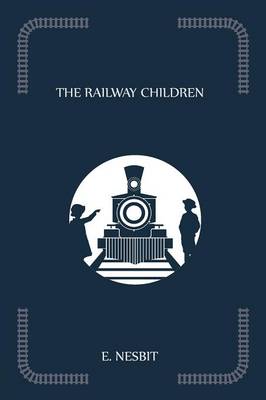 » Have you read this book? We'd like to know what you think about it - write a review about Railway Children book by Edith Nesbit and you'll earn 50c in Boomerang Bucks loyalty dollars (you must be a Boomerang Books Account Holder - it's free to sign up and there are great benefits!)

The Railway children is a timeless classic of three children torn from their wealthy life and placed in the country with their mother. Children of all ages, and adults too, will be able to connect with at least one of the characters, be it Bobby, Mother or even the Elderly Gentleman. All the characters have a little something to make them likeable and all are delightful. Once you've finished The Railway Children you'll feel as if you've come across dozens of new friends! Now in this beautiful new edition with an introduction from Jacqueline Wilson and extra's on the author, film adaptions and old termanology in the back, this one's for keeps!

Edith Nesbit was a mischievous child who grew up into an unconventional adult. With her husband, Hubert Bland, she was one of the founder members of the socialist Fabian Society; their household became a centre of the socialist and literary circles of the times. E. Nesbit turned late to children's writing. Her first children's book, The Treasure Seekers, was published in 1899 to great acclaim. Other books featuring the Bastable children followed, and a series of magical fantasy books, including Five Children and It also became very popular. The Railway Children was first published monthly in the London Magazine in 1905, and published as a book in 1906, which has been in print ever since. Jacqueline Wilson, the creator of Tracy Beaker and Hetty Feather, is a multi-award-winning author and consistent favourite with children and critics. A former Children's Laureate, Jacqueline has won the Guardian Children's Fiction Award and the Children's Book of the Year Award. The CBBC adaptation of The Story of Tracy Beaker is one of the channel's highest-rating shows ever. Jacqueline is a visiting professor of creative writing at Roehampton University and is also their Chancellor and was appointed a Dame for services to children's literature. Born in Bath in 1945, Jacqueline has lived most of her life in Kingston-upon-Thames, Surrey. She has one daughter, two pampered cats and an energetic dog.

The Hunchback of Notre-Dame
Victor Hugo
$6.39 $7.99
More Books By Edith Nesbit
View All