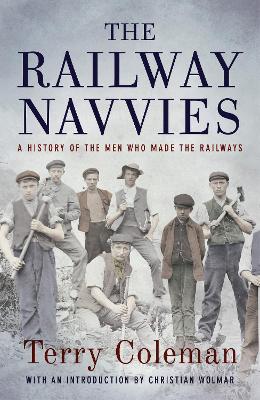 A History of the Men who Made the Railways

Pick, shovel, dynamite: the classic account of the men who built the railways.

This is the definitive story of the men who built the railways - the unknown Victorian labourers who blasted, tunnelled, drank and brawled their way across nineteenth-century England.

Preached at and plundered, sworn at and swindled, this anarchic elite endured perils and disasters, and carved out of the English countryside an industrial-age architecture unparalleled in grandeur and audacity since the building of the cathedrals.

Other Editions - The Railway Navvies by Terry Coleman 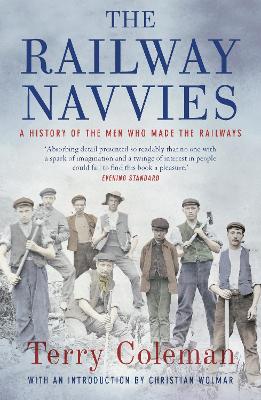 » Have you read this book? We'd like to know what you think about it - write a review about Railway Navvies book by Terry Coleman and you'll earn 50c in Boomerang Bucks loyalty dollars (you must be a Boomerang Books Account Holder - it's free to sign up and there are great benefits!)

Terry Coleman is a historian, novelist, and award-winning reporter. His books include biographies of Olivier, Nelson and the history of British and Irish emigration, PASSAGE TO AMERICA. His novel SOUTHERN CROSS, was a worldwide bestseller.

A Preview for this title is currently not available.
More Books By Terry Coleman
View All