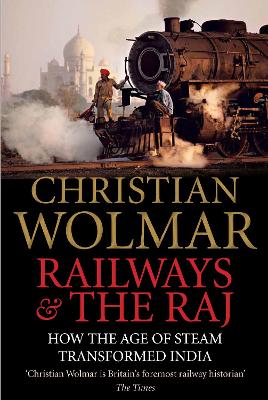 Railways and The Raj

How the Age of Steam Transformed India Main

Description - Railways and The Raj by Christian Wolmar

During the second half of the nineteenth century, the plans for British Empire expansion knew no bounds and landscapes around the world were forever changed by colonial infrastructure.

In 1842 not a single mile of railway line existed in India: by 1929 41,000 miles of track served the country. Yet this was not intended to modernise India for the sake of its people but was a means for those in power to govern the huge country under their control. Despite the dubious intentions for the construction of the network, the Indian people quickly took to the railways, expanding their horizons and making migration to the cities of India easier than ever before. The Indian Railways network remains one of the largest in the world, serving over 25 million passengers each day.

By building the railways in India, Britain radically changed the nation but also unwittingly created the preconditions of independence. While the railways greatly benefitted India and were the nation's first modern development, their construction ultimately contributed to a stirring of nationalist opinion.

In this expertly told history, Christian Wolmar traces the evolution of India's rail network, revealing how it was largely subverted for British economic and military purposes. He also examines the chequered role of the railways in Indian history and the part they played in the creation of today's modern state.

Other Editions - Railways and The Raj by Christian Wolmar 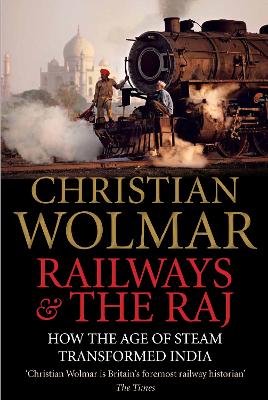 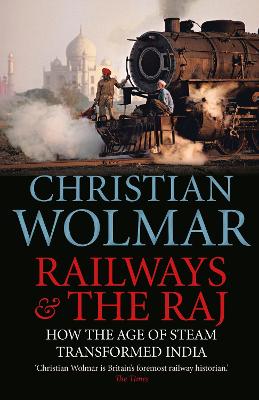 Book Reviews - Railways and The Raj by Christian Wolmar

» Have you read this book? We'd like to know what you think about it - write a review about Railways and The Raj book by Christian Wolmar and you'll earn 50c in Boomerang Bucks loyalty dollars (you must be a Boomerang Books Account Holder - it's free to sign up and there are great benefits!)

Christian Wolmar writes regularly for a wide variety of publications including the Independent, Evening Standard and Rail magazine, and appears frequently on TV and radio as a commentator on transport issues. His previous books include the widely-acclaimed The Subterranean Railway; Fire and Steam; Blood, Iron and Gold; Engines of War; The Great Railway Revolution and To the Edge of the World.

A Preview for this title is currently not available.
More Books By Christian Wolmar
View All

Cathedrals of Steam: How London's Great Stations Were Built - And How They Transformed the City
$42.49 $49.99

The Subterranean Railway: How the London Underground was Built and How it Changed the City Forever
$41.77 $46.41