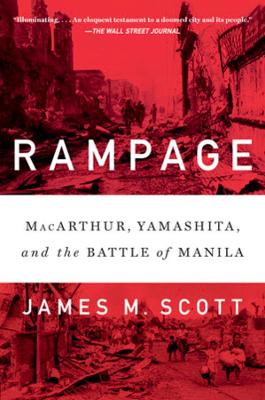 Rampage: MacArthur, Yamashita, and the Battle of Manila

Description - Rampage: MacArthur, Yamashita, and the Battle of Manila by James M. Scott

"Illuminating. . . . An eloquent testament to a doomed city and its people . . . a moving, passionate monument to one of humanity's darkest moments."? Wall Street Journal
By early 1945, General Douglas MacArthur prepared to reclaim Manila, America's "Pearl of the Orient," seized by the Japanese in 1942. Convinced that the Japanese would abandon the city as he did, MacArthur planned a victory parade down Dewey Boulevard? but the enemy had other plans. The Japanese were determined to fight to the death, and the battle to liberate Manila resulted in the catastrophic destruction of the city and a rampage by Japanese forces that brutalized the civilian population? a massacre as horrific as the Rape of Nanking. Drawing from warcrimes testimony, after- action reports, and survivor interviews, Rampage recounts one of the most heartbreaking chapters of Pacific War history.
"Powerful narrative history . . . impossible to put down." ? Bob Drogin, Los Angeles Times
"An excellent but wrenchingly graphic account of one of the least commemorated massacres in World War II." ? Richard Frank, Proceedings
16 pages of illustrations; 10 maps

Other Editions - Rampage: MacArthur, Yamashita, and the Battle of Manila by James M. Scott 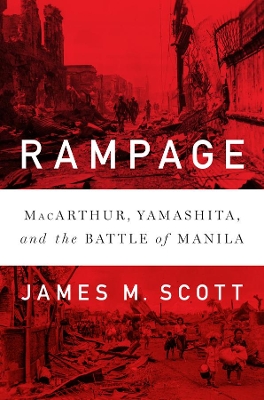 » Have you read this book? We'd like to know what you think about it - write a review about Rampage: MacArthur, Yamashita, and the Battle of Manila book by James M. Scott and you'll earn 50c in Boomerang Bucks loyalty dollars (you must be a Boomerang Books Account Holder - it's free to sign up and there are great benefits!)


A Preview for this title is currently not available.
More Books By James M. Scott
View All