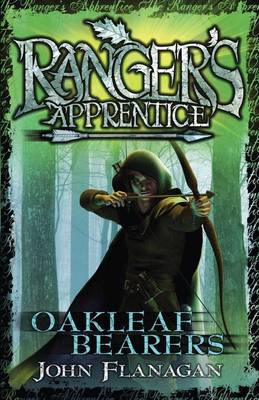 Can sworn enemies fight side by side to save their lives and their kingdoms?

Can sworn enemies fight side by side to save their lives and their kingdoms? Just as spring approaches and Will and Evanlyn can finally escape Skandia, Evanlyn is carried off by mysterious horsemen. Will sets out after them, but one boy against six fierce Temujai warriors is impossible odds - even for a Ranger's apprentice. Halt and Horace arrive just in time. But there is no time to celebrate as Halt realises these Temujai are only the scouts for a massive invasion force. The four Araluens must work together with the Skandians to defeat the invaders - if the Oberjarl will accept their help.The fourth book in the Australian and New York Times mega-selling Ranger's Apprentice series.

» Have you read this book? We'd like to know what you think about it - write a review about Ranger's Apprentice 4 book by John Flanagan and you'll earn 50c in Boomerang Bucks loyalty dollars (you must be a Boomerang Books Account Holder - it's free to sign up and there are great benefits!)