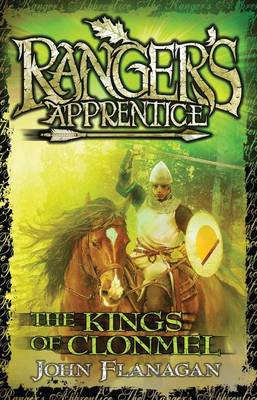 The Kings Of Clonmel

Will is at the annual Ranger Gathering but Halt is investigating mysterious happenings in the west. When he does finally return, it's with bad news. Hibernia is in turmoil. A false religious cult calling themselves the Outsiders are sowing confusion and sedition, and five of the six Hibernian kingdoms have been undermined. Now the sixth, Clonmel, is in danger. Halt, Will and Horace set out to restore order. Can the secrets of Halt's past help them in their mission?

The Kings of Clonmel

» Have you read this book? We'd like to know what you think about it - write a review about Ranger's Apprentice 8 book by John Flanagan and you'll earn 50c in Boomerang Bucks loyalty dollars (you must be a Boomerang Books Account Holder - it's free to sign up and there are great benefits!)