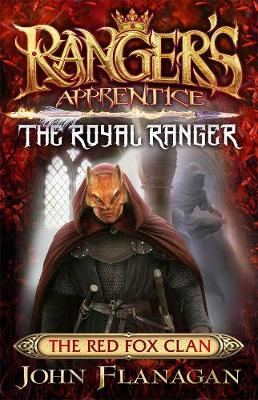 John Flanagan makes a spectacular return to the New York Times bestselling world of Ranger's Apprentice with the revelation of a conspiracy that could end the Kingdom!

When you're a Ranger who happens to be royalty, stopping treason isn't just part of the job - it's personal.

Most of the time, Maddie is an apprentice Ranger, learning archery, knife throwing, unseen movement and combat skills under the guidance of the legendary Will Treaty. For one month each year, though, she must return home and resume her identity as Princess Madelyn.

Forced to keep her Ranger training a secret, Maddie finds castle life dull. But when she discovers clues to a devastating plot against the crown, she realises her family - and the peace they've worked so hard to achieve - could be in terrible danger.

To save everyone at Castle Araluen, and her father's forces who are trapped by an enemy army in the north, Maddie must find out the truth. Who is the man in the red fox mask?

Other Editions - Ranger's Apprentice The Royal Ranger 2 by John Flanagan 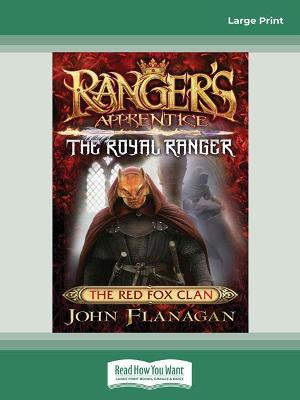 » Have you read this book? We'd like to know what you think about it - write a review about Ranger's Apprentice The Royal Ranger 2 book by John Flanagan and you'll earn 50c in Boomerang Bucks loyalty dollars (you must be a Boomerang Books Account Holder - it's free to sign up and there are great benefits!)

John Flanagan's Ranger's Apprentice and Brotherband adventure series have sold more than fifteen million copies worldwide. His books are available in more than one hundred countries, are regularly on the New York Times bestseller list, and have had multiple award shortlistings and wins in Australia and overseas. John, a former television and advertising writer, lives with his wife in a Sydney beachside suburb.

Quidditch Through the Ages - Illustrated Edition: A magical companion to the Harry Potter stories
J.K. Rowling
$37.80 $45.00