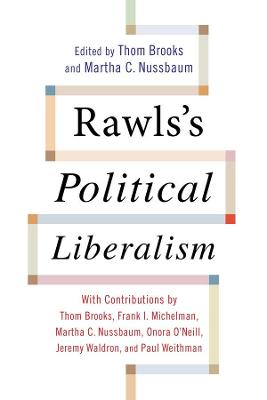 Widely hailed as one of the most significant works in modern political philosophy, John Rawls's Political Liberalism (1993) defended a powerful vision of society that respects reasonable ways of life, both religious and secular. These core values have never been more critical as anxiety grows over political and religious difference and new restrictions are placed on peaceful protest and individual expression.

This anthology of original essays suggests new, groundbreaking applications of Rawls's work in multiple disciplines and contexts. Thom Brooks, Martha Nussbaum, Onora O'Neill (University of Cambridge), Paul Weithman (University of Notre Dame), Jeremy Waldron (New York University), and Frank Michelman (Harvard University) explore political liberalism's relevance to the challenges of multiculturalism, the relationship between the state and religion, the struggle for political legitimacy, and the capabilities approach. Extending Rawls's progressive thought to the fields of law, economics, and public reason, this book helps advance the project of a free society that thrives despite disagreements over religious and moral views. 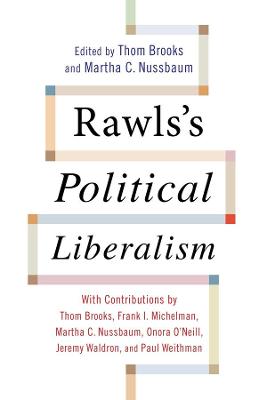 » Have you read this book? We'd like to know what you think about it - write a review about Rawls's Political Liberalism book by Thom Brooks and you'll earn 50c in Boomerang Bucks loyalty dollars (you must be a Boomerang Books Account Holder - it's free to sign up and there are great benefits!)


A Preview for this title is currently not available.
More Books By Thom Brooks
View All