A successful, award-winning writer on the brink of placing Fahrenheit 451 in the American canon, Ray Bradbury entered the autumn of 1953 as a literary figure transcending fantasy and science fiction. Jonathan R. Eller continues the story begun in his acclaimed Becoming Ray Bradbury, following the beloved writer's evolution from a short story master to a multi-media creative force and outspoken visionary. Drawn into screenwriting by the chance to adapt Moby Dick for Hollywood, Bradbury soon established himself in film and television. Though the work swallowed up creative energy once devoted to literary pursuits, Bradbury's successes endowed him with the gravitas to emerge as a sought-after cultural commentator and media figure. His passionate advocacy validated the U.S. space program's mission and allowed him to assume the role of a dreamer of futures voicing opinions on technology, the moon landing, and humanity's ultimate destiny. Eller draws on interviews with Bradbury and unprecedented access to personal papers and private collections to tell the story of how a great American author helped shape his times. 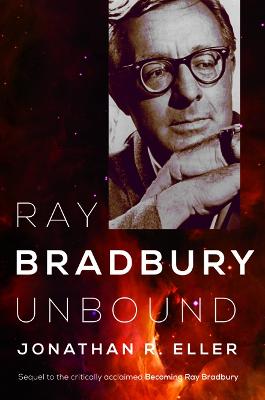 » Have you read this book? We'd like to know what you think about it - write a review about Ray Bradbury Unbound book by Jonathan R. Eller and you'll earn 50c in Boomerang Bucks loyalty dollars (you must be a Boomerang Books Account Holder - it's free to sign up and there are great benefits!)


A Preview for this title is currently not available.
More Books By Jonathan R. Eller
View All